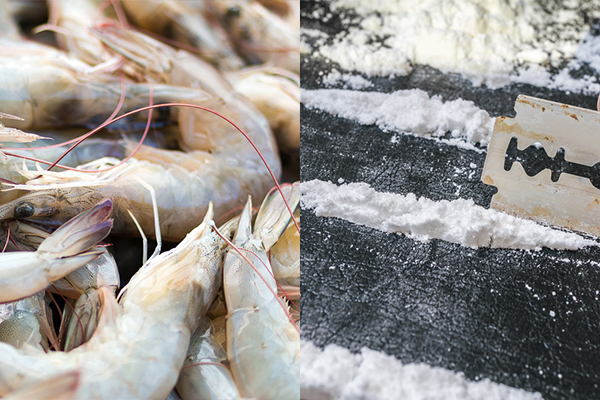 Scientists were stunned when they discovered traces of illegal narcotics in freshwater shrimp swimming in the UK’s country rivers.

The Daily Mail reports that traces of Cocaine and Ketamine were found by a team of Scientists. 15 sites at five different rivers around the Suffolk area was examined in a bid to ascertain what chemicals were in the water.

Kings College Scientists with a team from the University of Suffolk collected water samples at the rivers across the county.

In a report, the group said they were surprised to find cocaine in every single sample taken. As well as this, the party drug Ketamine alongside various pharmaceuticals was also discovered in the shrimp.

‘Such regular occurrence of illicit drugs in wildlife was surprising. We might expect to see these in urban areas such as London, but not in smaller and more rural catchments.’

Dr Barron also said that there was confusion over the source of the pesticides:

‘The presence of pesticides which have long been banned in the UK also poses a particular challenge as the sources of these remain unclear.’

According to The Mail, from all of the 56 samples taken, different substances were detected in every sample. Cocaine was the most common drug found as well as Lidocaine.

Lidocaine is a local anaesthetic used legally in dentistry. However, it is cut regularly with cocaine. The drug produces a similar effect of numbness in the gums st the illegal street drug.

Head of the report, Dr Thomas Miller also from King’s College London, said the trace elements could pose a potential threat to wildlife:

‘Although concentrations were low, we were able to identify compounds that might be of concern to the environment and crucially, which might pose a risk to wildlife.”

Dr Miller concluded:  ‘As part of our ongoing work, we found that the most frequently detected compounds were illicit drugs, including Cocaine and Ketamine and a banned pesticide, Fenuron.’