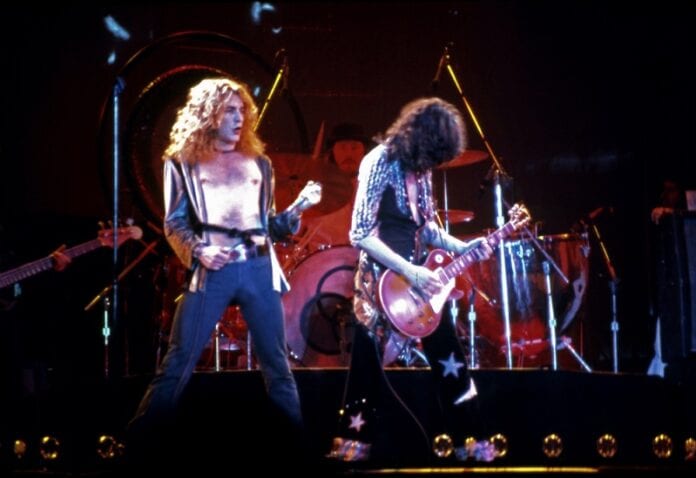 Previously unseen 8mm footage of Led Zeppelin has been released from their tour in New Zealand nearly 50 years ago.

Photographer Lloyd Godman was 20 years old when he shot the band’s concert at Auckland’s Western Spring stadium in 1972.

He told RNZ “I knew I had this roll of film in the shed, so I sent it off to get digitized. I knew there was band stuff on it, but I didn’t know what it was. … It came back, and there was the Zeppelin film.”

“It’s about five minutes long and is quite grainy, but that’s offset by the shots being very tightly framed around the band members.”

The audio for the footage was synced by a Led Zeppelin archivist who got in touch with Godman and you can watch the video below.

“He said, ‘Look, if this is from a film, we’ve tracked down a copy of the soundtrack of that concert’. And he said ‘Can we have a go at syncing it?'”

Godman added “(My reaction was) really one of joy because, of the still photographs I took, I only ended up with six shots, which were really the rejects because the promoter had picked through the best of them and they just disappeared. So finding this was like finding gold really.”

The reason as to why it took Godman so long to work on the film is an interesting story.

He told RNZ “After I shot a lot of the music stuff in New Zealand in the ’70s – this is an even kind of crazier story – I went and lived in a three-storey treehouse on Elizabeth Taylor’s brother’s land in Hawaii and surfed every day.”

“It was like the ultimate hippy experience so, you know, a lot of previous things I’d done got lost and my life went in different directions.”

The show in question was Led Zeppelin’s fourth gig on their only tour of Australia and New Zealand.

“It’s really timeless music, some of that stuff. It’s so powerful and I think the combination of musicians that came together to form the group – it was just like a giant cyclone” said Godman.

“The way a cyclone’s formed is, you know, all the energy was there – it just came together and it just formed into this amazing vortex that not only carried them along but carried everybody else along as well.”

Last year, Jimmy Page revealed that Led Zeppelin were ready to tour again after their reunion show in 2007. For more information you can read Radio Nova’s report on it here.