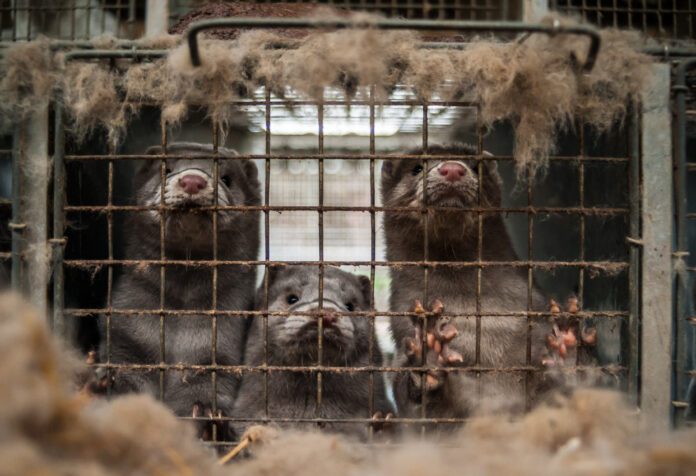 Following the discovery of a Covid-19 variant in minks in Denmark, the Irish Government has today announced a cull of all mink in Ireland. The Covid-19 variant could be passed to humans and could derail vaccination plans were it to spread internationally.

Denmark, the world’s biggest producer of mink fur, began a cull of the millions of minks kept caged until their slaughter and skinning for their fur. Known as ‘pelting’ the process involves the minks being euthanised before their skin is removed. Although millions of the animals have already been destroyed in Denmark, due to an outcry from mink farmers and others involved in the industry, the cull has been halted. The order for the cull stated that all minks had to be culled, healthy or not. It transpired that legislation was required for that order to be enforced and a Danish Government minister has resigned over the affair. Covid-19 has been detected on 237 of the country’s 1,080 mink farms so far.

Mass graves filled with the animals have sprung in the Danish countryside. It is not known what usually happens to the animals’ bodies once they are killed for their fur, however. Denmark is not the only country to have its fur farms affected by Covid-19. The dangerous coronavirus variant has been found on fur farms in the US, Sweden, Italy and Spain. Several countries have banned travellers from Denmark as the country has the biggest problem because it has the most mink farms.

Many Irish people might be surprised to learn that mink fur farms exist in Ireland at all. There are three functioning fur farms in the country. But not for long. The Green Party has been championing the closure of the farms and the complete cessation of fur farming in the Republic for some time. The Government has ordered Covid testing at all three farms and the cull will begin in the coming days. Farmers will be compensated for the initial cull but it’s understood that the farms will not reopen afterwards.

Abortion Bill Passed In The Seanad

Former Soldier Charged With Murder Of Teen In 1972