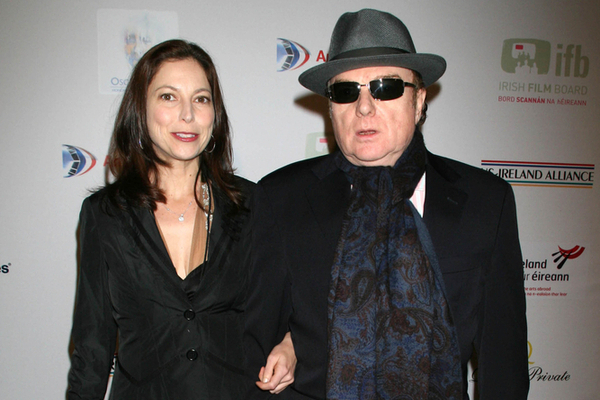 The case is related to an incident at the Europa Hotel in Belfast this summer, where Morrison launched into an on-stage rant against the minister regarding his handling of pandemic restrictions. The singer called Swann “very dangerous.”

Morrison was set to play at the venue when his concert was cancelled at the last minute by the reimposing of lockdown restrictions on live music. DUP MP Ian Paisley joined Morrison on stage and joined in a chant directed against Swann.

Later, in an interview with Sunday Life, Morrison called Swann a “fraud.”

Morrison continued his criticism of the minister in a video posted to YouTube. In the video he once again labels Swann “dangerous,” misnaming him “Robert Swann.”

“Proceedings are at an advanced stage with an anticipated hearing date early in 2022,” Tweed said.

Swann’s legal team are believed to have sent Morrison a writ back in June, followed by a detailed statement of claim in September. Morrison’s lawyers are said to have responded last month.

Paisley has since apologised for his actions alongside Morrison at the Europa and it’s believed no legal action will be taken by Swann against the MP.

Morrison was one of the first high profile figures to speak out against pandemic restrictions last year. He released a series of anti-lockdown song with lyrics implying scientists and politicians were lying about the seriousness of the pandemic.

Writing for Rolling Stone last September, Swann hit back at Morrison’s anti-lockdown songs, calling them “bizarre and irresponsible.” He accused the singer of providing “great comfort to the conspiracy theorists” and labelled his actions “actually dangerous.”

Morrison’s solicitor Joe Rice said his client is prepared to defend himself in court.

“Mr Morrison regrets that Mr Swann considered it necessary to issue proceedings,” Rice said. “He is disappointed by the publicity that surrounds the issue of the proceedings also. Mr Morrison has consistently campaigned for the relaxation of the coronavirus regulations, believing them to be unlawful insofar as they imposed a blanket ban on the ability of all musicians to perform live music, thereby endangering their livelihoods.”

Rice went on to reference Morrison’s legal challenge against the NI government, which he subsequently dropped when restrictions were lifted.

“Such was his strength of feeling on this matter that he instructed this firm in June 2021 to issue a High Court challenge to the legality of those regulations, arguing that they were unlawful,” he said. “It was only after he brought those proceedings that the regulations were relaxed by the Assembly, thereby preventing the need for a determination of the issue by the High Court.”

“This firm can confirm that a defence has been served on behalf of Mr Morrison to the proceedings brought by Mr Swann,” Rice added. “Mr Morrison asserts within that defence that the words used by him related to a matter of public interest and constituted fair comment.“

Axl Rose Has Been Mocked By Twitter In A New Photo