Home Music News Varadkar and Coveney For NY As U2 Get Set To Charm The... 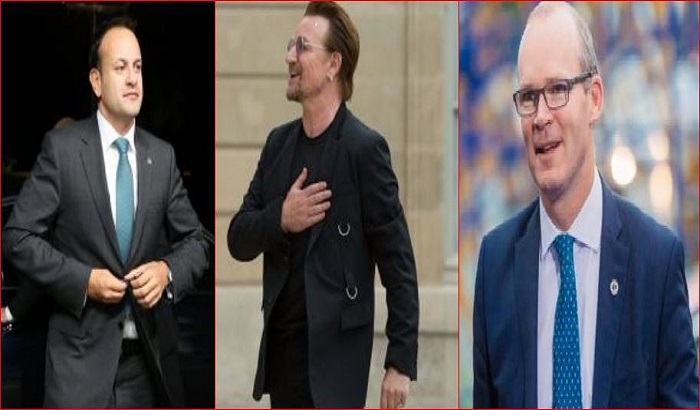 The Taoiseach and Tánaiste are travelling to New York to launch Ireland’s bid for a seat on the UN Security Council. U2 will play a free concert for UN Ambassadors tonight ahead of the campaign.

Ireland is bidding for a rotating seat on the UN Security Council for the 2021-2022 term. The campaign will be an opportunity to showcase Ireland’s foreign policy credentials and international standing at the UN. There are two rotating terms coming up for a vote by UN Ambassadors in 2020.

Norway and Canada are also vying for a seat which means one country will definitely lose out. Later today U2 will play a free concert for all UN Ambassadors in Madison Square garden in support of Ireland’s bid. The Taoiseach will be accompanied by the Tánaiste and Minister for Foreign Affairs and Trade Simon Coveney in New York later.

They will officially launch the campaign with Mary Robinson, Bono and Minister Paul Kehoe tomorrow evening. Ireland has been elected on three previous occasions, most recently for the 2001-2002 term.