Advertisement
Home Classic Albums You Can Listen To The Verve’s ‘Urban Hymns’ From Midnight Tonight On... 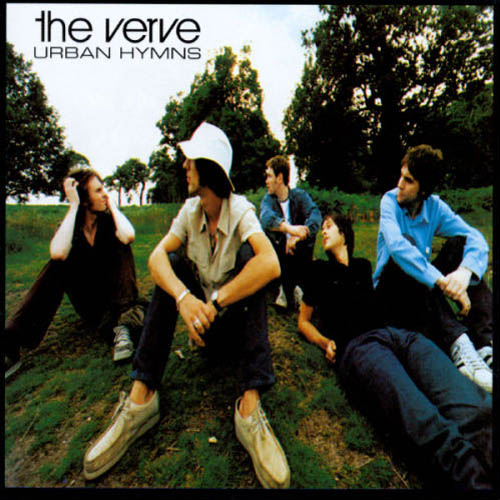 Urban Hymns is the third studio album by The Verve and it was released on the 29th of September 1997. It was a breakthrough album for the band with the likes of ‘Bitter Sweet Symphony” which reached number 2 on the Uk charts.

Not long after the release of A Northern Soul, The Verve imploded due to friction between vocalist Richard Ashcroft and guitarist Nick McCabe. It looked like the band had ended before reaching its full potential, which is part of the reason why their third album, Urban Hymns recorded after the pair patched things up in late 1996 is so remarkable.

Much of the record consists of songs Ashcroft had intended for a solo project or a new group, yet Urban Hymns unmistakably sounds like the work of a full band, with its sweeping, grandiose soundscapes and sense of purpose. The Verve have toned down their trancy, psychedelic excursions, yet haven’t abandoned them.

f anything, they sound more muscular than before, whether it’s the trippy ‘Catching the Butterfly’ or the pounding ‘Come On’. These powerful, guitar-drenched rockers provide the context for Ashcroft’s affecting, string-laden ballads, which give Urban Hymns its hurt.

The majestic ‘Bitter Sweet Symphony’ and the heartbreaking, country-tinged ‘The Drugs Don’t Work’ are an astonishing pair, two anthemic ballads that make the personal universal, thereby sounding like instant classics. They just are the tip of the iceberg — ‘Sonnet’ is a lovely, surprisingly understated ballad, ‘The Rolling People’ has a measured, electric power, and many others match their quality.

Although it may run a bit too long for some tastes, Urban Hymns is a rich album that revitalizes rock traditions without ever seeming less than contemporary. It is the album The Verve have been striving to make since their formation, and it turns out to be worth all the wait.