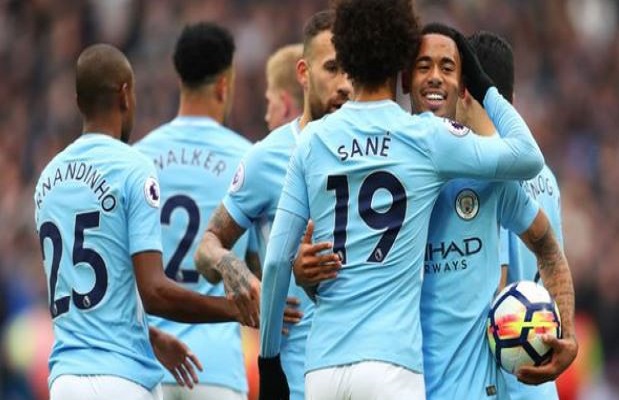 West Ham’s relegation worries have worsened, they lost 4-1 to Manchester City in the Premier League. City  took the lead when Sane’s shot deflected off the head of Patrice Evra and and left Hammers goalkeeper Adrian wrong footed.

Further  West Ham defensive mishaps resulted in a Pablo Zabaleta scoring an own goal which gave The Chmpions a two goal advantage and saw them reach the secure a  century.

Pep Guardiola’s side were pegged back to 2-1 just before half-time at the London Stadium – but re-established their dominance in the second period.

Mourinho Wants Midfielder But Not To Replace Pogba