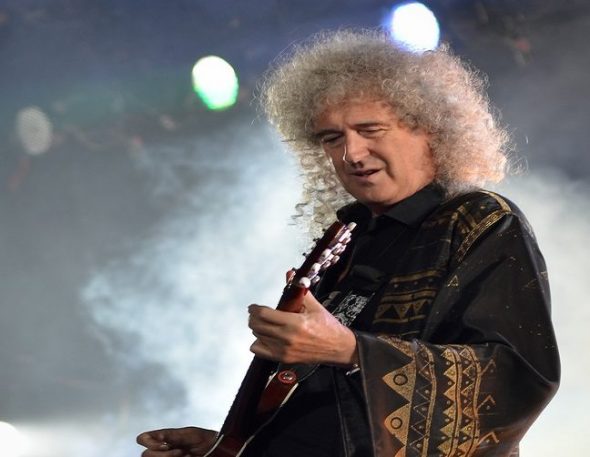 Brian May, the iconic Queen guitarist and a man known for his easy-going manner was filmed losing his temper with a news cameraman in Australia.

According to UCR, the events leading up to the outburst started as May arrived in the Country for the start of the band’s tour, which includes a headline appearance at the Fire Fight Australia benefit concert on Feb. 16.

The lead up to the incident occurred as May was been filmed signing autographs at Brisbane Airport, he stopped, turned to the Channel 7 News camera and said, “You gotta stop that because I ain’t doing this.”

Apparently the unnamed journalist ignored the request and trailed May with the camera into the city and blatantly shot more footage as May met the city based fans.

“Excuse me, I said no,” he said to the camera. It is not clear how the skirmish developed as the video report presented the clips out of chronological order, but at a certain point, May is seen moving toward the cameraman and saying “All right, is this going to get ugly? Because you put it down now or else something ugly happens…”

According to reports the cameraman who was allegedly a Queen fan then used his phone to keep recording. “Oh, the guy’s doing it on his phone now. You’re so clever, aren’t you?” May said, while posing for a picture with someone else. “

May began to lose his temper saying, “What a parasite you are. Just leave us alone, will you?” Then a man is seen stepping in as May moves toward the reporter saying, “Do you not understand? All right, all right. You go away now!”

The phone was then lowered as the third man is seen leading May away and getting into a car. Later the musician posted up an apology to the fans he’d been posing with, telling them, “I’m sorry it was made ugly by this guy. So sorry.”

The encounter took place before Queen performed at the Forsyth Barr Stadium in Dunedin, where they played a cover of the Led Zeppelin classic “Whole Lotta Love.”

Metallica Have Been Announced As Recipients Of The Polar Music Prize