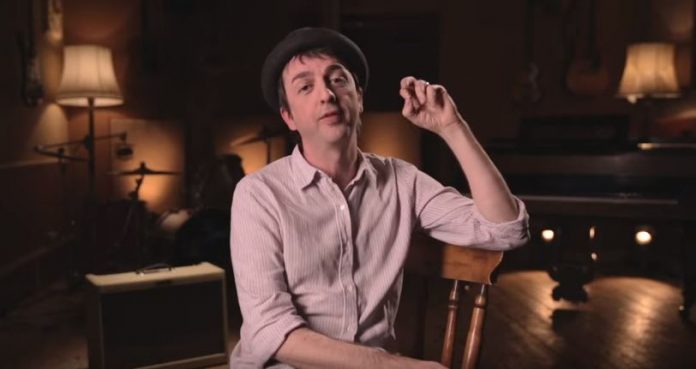 Supergrass’ ex drummer Danny Goffey has returned with a new solo record and has released a video for his new song ‘Buzzkiller’. The video is available to watch below.

Schtick is the follow up to the 2015 album ‘Vangoffey’, with definite undertones of Supergrass chord progressions ‘Buzzkiller’ is an energetic bash at drunken thuggery.

The new album has been described as “a collage of modern hysteria, exploring religion, addictive tendencies, gang violence, ‘LAD’ culture and neuroticism”. Co produced by Simon Byrt, Goffey says his latest record is a brave analysis of the times we live in.

‘My last album was more about my domestic life. On this album, I got to grips with bigger topics like unprovoked violence and how religion is so strange… I do think it stands out in today’s music.’

‘Schtick!’ is due for release on June 22th. The release will coincide with the drummer’s very own festival ‘Goffstonbury’.

Seen as an alternative to Glastonbury and taking place on what would normally be the same weekend, Goffstonbury will go ahead at his home in Somerset. Goffey has promised that the festival will be ‘madness galore… including music, emotional
dance, hedonistic treats and a Les Dawson impersonator. It’s gonna be bonkers!’

Tickets will be awarded by lottery to 100 fans who pre-order the record.

Travis Barker Reportedly Rushed To Hospital Over A Pancreatitis