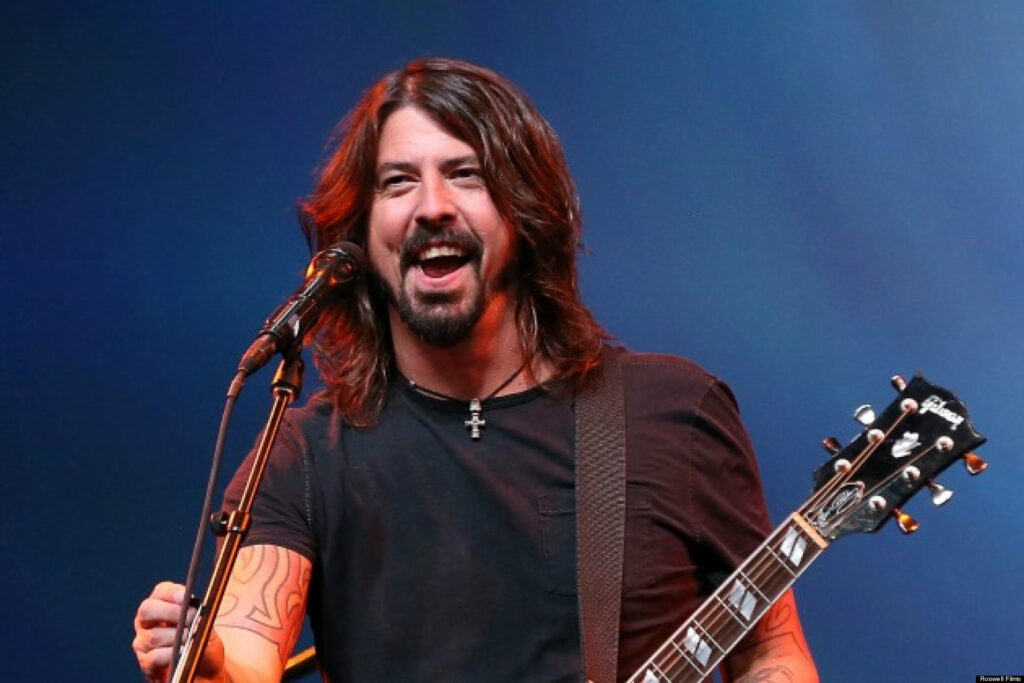 A drunk fan invaded a Foo Fighters show to get up on stage and sing with Dave Grohl, before attempting to get up on to Taylor Hawkins’ drum riser.

The fan called “Jay from Bombay”, left Grohl in tears laughing with his carry on, after they both sang a duet on The Faces’ classic ‘Stay With Me’.

The drunk fan invasion happened at Las Vegas’ Hard Rock Café, where the band were performing as part of Consumer Electronics Show. Jay was welcomed on stage by the Foos Frontman who dubbed Jay’s dancing as “office party shit”.

Grohl and Jay then had champagne and had a dance together, before the band launched into their impromptu cover of ‘Stay With Me’.

Paul Weller Admits Being “In Bits” With Pre Show Nerves