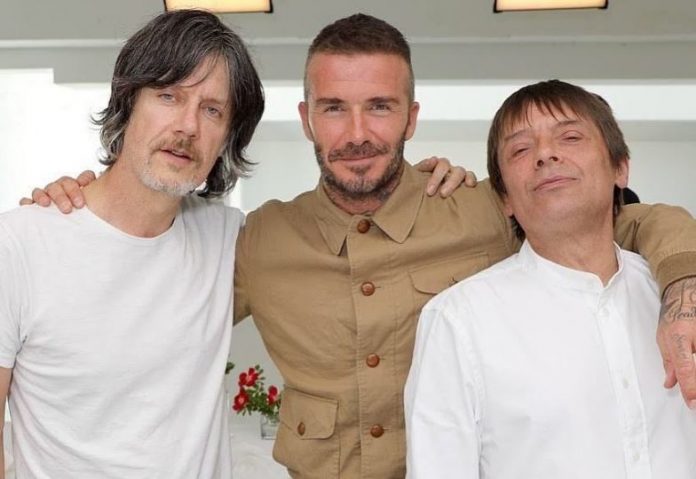 Kent & Curwen, David Beckham’s fashion brand have revealed their collection with The Stone Roses. Beckham has long been known as a fan of the band. There’s a preview video of the new collection below.

According to the NME, the Capsule collaboration was initially announced last year but has been launched officially online via the label’s website. The clobber sees John Squire-designed hallmark artwork on a range of various garments.

Hats, t-shirts and parkas have been designed to evoke “the indie attitude of the 90’s era in a modern contemporary wardrobe”.

The brand company said in a statement, “Kent & Curwen Creative Director, Daniel Kearns, grew up listening to The Stone Roses,” “For him, they are a band that established the look and the sound of the 90’s.”

“The music and artwork created by The Stone Roses now forms the inspiration for the Kent & Curwen Spring/Summer 2019 collection which celebrates the feeling of British summertime, iconic British music and British culture.”

David Beckham with John and Mani the other day at London Fashion Week pic.twitter.com/2hBGkC7uET