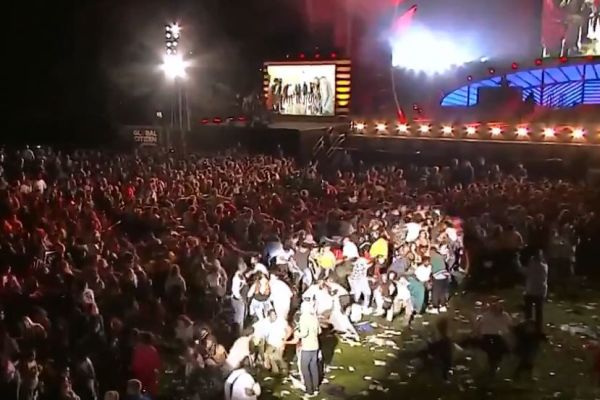 Fans thought the barrier collapse was “gun-shot-like noises,” resulting in many rushing towards the exit in panic.

The ensuing panic quickly halted the event amid fears for the safety of the 60,000 festival-goers attending the event as people were received injuries during the charge with some witnesses at the event describing the scene as “stampede-like.”

A fence falling at the Global Citizen Festival made people think there was a shooting and people started to freak out. It's so sad that we are so conditioned to mass shootings that something like a fence falling can cause mass panic and chaos at a charity festival.

NYPD: A fence barrier collapsed at #GlobalCitizen Festival; there were no shots fired.

Scary moment at the #GlobalCitizen Festival in NYC, live on @MSNBC: A fence barrier collapsed, the noise was startling, some attendees thought it sounded like gunshots, and there was a stampede. MSNBC cut to commercial, then came back and explained what happened. pic.twitter.com/SumPbM6GC5