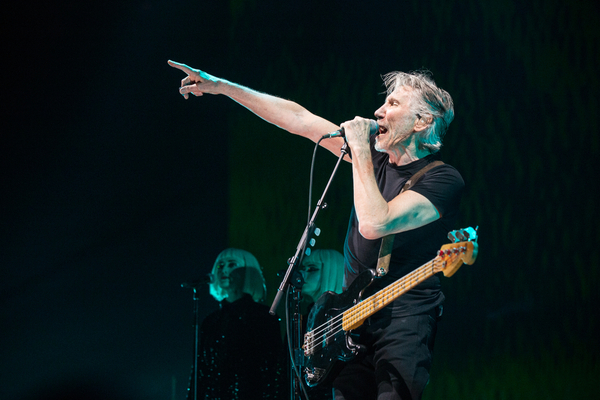 Roger Waters’ Us + Them a concert film from his 2017-18 tour of the same name, will be screened in movie theatres across the world on Oct. 2 and 6. As celebration of the movie’s premiere, a preview of the film is streaming below.

According to UCR, the clip reveals about a minute or so of Waters and his band performing the title track. The original recording of this track was released on Pink Floyd’s 1973 opus ‘The Dark Side of the Moon’. 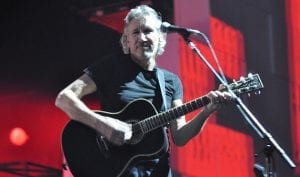 The movie including this particular scene was filmed during Waters’ four-night stand at the Ziggo Dome in Amsterdam in June 2018. The movie was directed by Waters and Sean Evans, who was also director of Roger Waters the Wall from 2014. 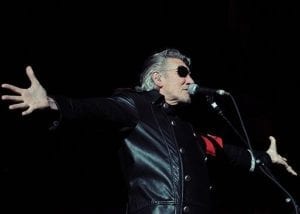 Us + Them features many Pink Floyd classics from four different records that include Dark Side,  The Wall, and tracks from Waters’ 2017 album, Is This the Life We Really Want. 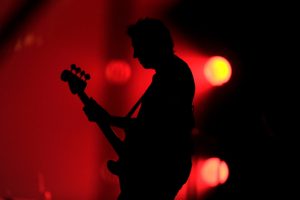 Last month Waters expressed his enthusiasm for the film’s launch:

“I’m so looking forward to the launch of the movie in October,” He said: “Us + Them is not standard rock ‘n’ roll fare. Some in the audience may ‘Yee haaaa!!!,’ which is okay, but many will weep. That is what I hope for.”

The rock legend revealed that the movie is a: “Call to action. Homo Sapiens stand at a crossroads: We can either pool our love, develop our capacity to empathize with others and act collectively for the good of our planet…” 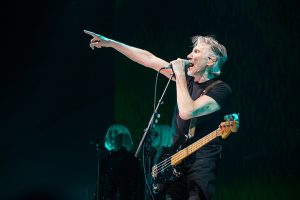 “Or we can remain ‘Comfortably Numb,’ and continue, like blind lemmings, on our current omnicidal death march toward extinction.

Us + Them is a vote for love and life.” The premiere of Us + Them will take place at the Venice Film Festival this week, before its worldwide release.