Home Entertainment Want A Sneak Peek of The Disaster Artist? We Can Sort That… 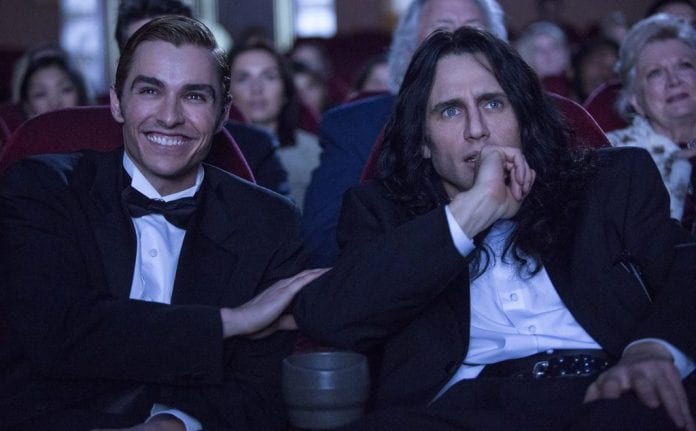 The Disaster Artist is a comedic tour-de-force that’s been causing waves in film festivals from San Sebastian to Toronto and has featured in every awards-season conversation to date.

Directed by and starring, James Franco, as cult filmmaker Tommy Wiseau, the film is being released in Ireland on December 8th.

And because we know that you cannot wait that long… we have some chances over the weekend for you AND a friend to discover the movie for yourself on November 29th!

Stay tuned to Nova all weekend and you could find yourself heading along to the Light House Cinema at a special screening of The Disaster Artist with thanks to Warner Bros. Pictures.

The story is based on Greg Sestero’s best-selling tell-all about the making of Hollywood outsider, Tommy Wiseau’s cult-classic ‘disasterpiece’ The Room.

With The Disaster Artist, director James Franco transforms the tragicomic true story of aspiring filmmaker and infamous Hollywood outsider, Tommy Wiseau, an artist whose passion was as sincere as his methods were questionable, into a celebration of friendship, artistic expression, and dreams pursued against insurmountable odds.

The Disaster Artist is a hilarious and welcome reminder that there is more than one way to become a legend – and no limit to what you can achieve when you have absolutely no idea what you’re doing.

It’s not to be missed!