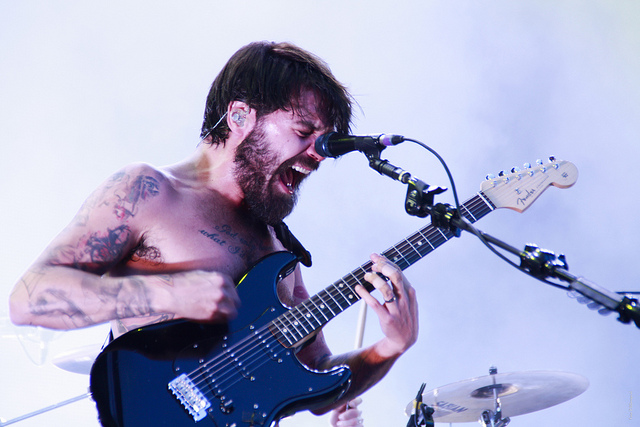 Biffy Clyro put their spin on Christine and the Queens’ ‘Tilted’ in BBC’s Radio 1 Live Lounge.

Following their headline set at the Leeds and Reading Festival last week, the group visited the Live Lounge to perform their take on Christine and the Queens’ chart-topping single.

‘Tilted’, originally written in French, stormed through the charts and received great praise from most critics making it one of the most iconic releases of 2015.

The trio joked before breaking into song telling each other “bon chance”, while frontman Simon Neil, can be seen smirking as he performs the French rap mid section.

The group also performed their single ‘Howl’ in the Live Lounge.

Tom Odell, The 1975, Bastille, Jack Garratt and Christine and the Queens’ are also due to play at the BBC Radio 1 Live Lounge this month.

The band released their 7th studio album, Ellipsis, on July 8th and are set to play Dublin’s 3Arena on November 26th.

Hall of Fame says no to Yes & Deep Purple