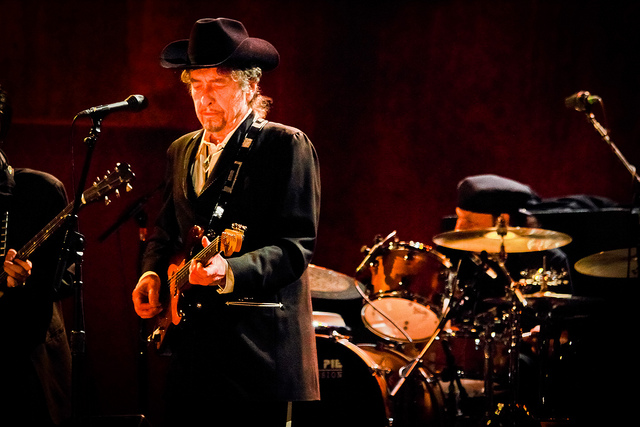 To mark his 2016 Nobel Prize for Literature win last Thursday, Bob Dylan performed ‘Simple Twist of Faith’ at a concert in Las Vegas.

The Nobel Prize for Literature is given to the person who has “in the field of literature the most outstanding work in an ideal direction”.

Dylan, who was already due to perform in Las Vegas on the same day as the announcement, used his concert to mark the occasion. The singer-songwriter performed ‘Simple Twist of Faith’, while playing guitar. It is the first time he has performed with a guitar in four years.

You can watch the performance below:

Bob Dylan, who won the award due to his “created new poetic expressions within the great American song tradition,”, is the 259th American to win the award.

Many artists and musicians have spoken about Dylan’s win, including Leonard Cohen who mentioned the win at a recent Q&A for his upcoming album, ‘You Want It Darker’. The musician said “To me [it] is like pinning a medal on Mount Everest for being the highest mountain.”

Meanwhile, Bob Dylan also took to the stage at Desert Trip festival in California over the weekend, where he performed ‘Like a Rolling Stone’ for the first time since 2013. You can watch the footage below:

“Loved By So Many” Jones Reflects On Father David Bowie