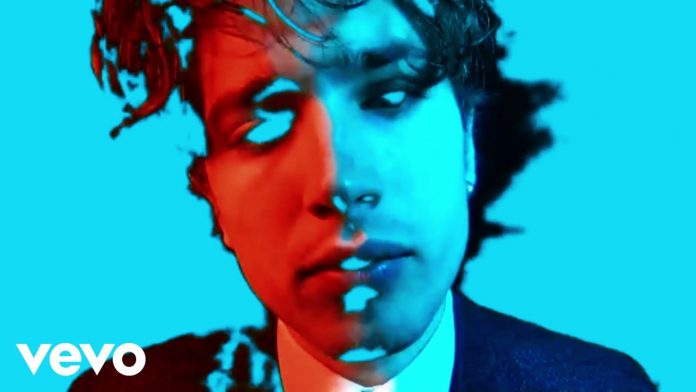 Dublin quartet Inhaler have released the video to their new single ‘Falling In’,

The band worked with renowned filmmaker and former Jesus & Mary Chain bassist Douglas Hart (Paul Weller, The Horrors, My Bloody Valentine) and Antony Genn on the vibrant, psychedelic clip, which was shot entirely over Zoom with each member in isolation during the worldwide lockdown.

“Falling In is a song about the battles that we all have with our own ego,” frontman Elijah Hewson revealed on launch.

The track is taken from Inhaler’s forthcoming debut album, which they are currently working on.

‘Falling In’ documents how their lives have changed over the past year, a reflection on the pitfalls of success. “I think being a young band on tour,” says Hewson, “and seeing our music connect with audiences from different parts of the world has opened our eyes to the excitement and exhilaration of life, and being up on stage and feeling wanted and loved can be a very powerful drug. We are just beginning to encounter our own egos and becoming aware that allowing it to be in charge of who you are can be your downfall. You can cut yourself on its sharp edges and bleed to death if you’re not careful. We want to meet our egos head on, shake their hands and give them a hug. We are not afraid of them… we know we need each other. Your ego can be your friend, but you need your mates to make sure it doesn’t boss you around.”

Four friends who formed the band while they were still at school, Hewson, Robert Keating, Ryan McMahon and Josh Jenkinson bonded over a love of similar groups, taking in The Stone Roses, Joy Division, The Strokes, The Cure, Interpol, Depeche Mode and more.

They have amassed a diehard fanbase and their tracks have been streamed over 25 million times globally. These songs about finding your way as a young person in the world are connecting on a universal scale. On a UK and European tour at the start of the year, they sold over 10,000 tickets and played to ecstatic, sold-out crowds.