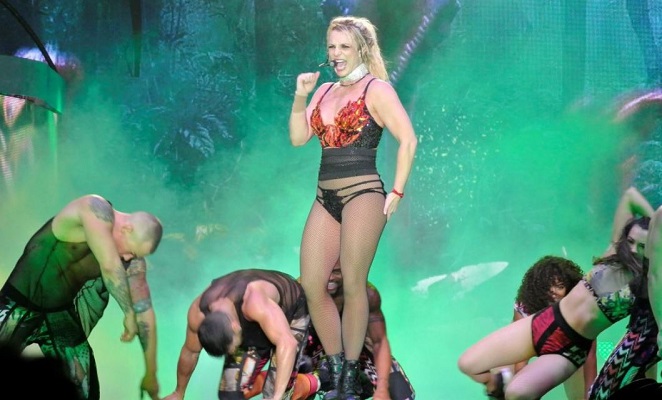 Forget me baby one more time…

Britney Spears has received quite the slagging from fans after forgetting where she was performing for the second time in recent weeks. There’s footage of the super awkward moment below.

As the singer finished off her European tour on Saturday night, the icon delivered an energetic greeting to her Blackpool fans, however, something was definitely amiss. “How you feeling Birmingham?! I mean Blackpool”. The video also shows Britney’s embarrassment worsen as the camera pans to reveal that the singer is standing right in front of the Blackpool Tower.

Even though Britney was performing at Birmingham’s Genting Arena a day previous, there was little in the way of forgiveness as she garnered widespread criticism.

Some fans were willing to be a little more understanding for the geographical error, “Oh well, the poor woman was travelling all around the world and Blackpool is not as well known in the states”, one argued.

Well straight off the plane and straight to see Britney Spears. Fab show, even if she did get Blackpool and Birmingham mixed up!! Reliving my childhood #PieceOfMe #PieceOfMeTour #britneyspears #britneybitch pic.twitter.com/PgrQHpv6ov

Britney suffered a similar upset as she performed at Brighton Pride last month. The US pop goddess headlined the annual LGBTQ+ celebration, marking her first UK performance since 2016.

Footage from the appearance seemingly shows Spears turning to loudly ask a backing dancer ‘where are we?’, before screaming to the crowd ‘What’s up Brighton Pride’!

KISS Retiring Out Of “Self Respect” And “Love” For Their Fans