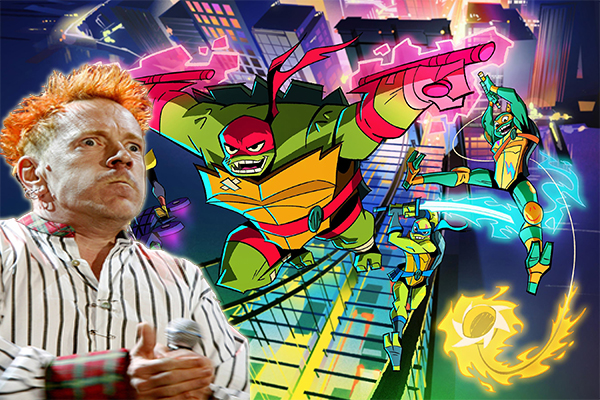 Never mind the bollocks, here’s John Lydon as a celebrity cartoon chef. The former Sex Pistol and current Public Image Ltd frontman John Lydon has gone more underground than punk itself as the voice of a character in Rise of the Teenage Mutant Ninja Turtles. The Nickelodeon cartoon is released on Monday, Sept. 17th. A clip of Lydon is below.

Lydon channels Gordon Ramsay as he lends his unmistakable vocals to a new character called Meat Sweats. A former celebrity chef turned power-hungry mutant pig who lurks around underneath New York City looking for the perfect living ingredients for his gruesome recipes. Sweats is basically the latest cartoon menace to maraud the band of pizza-loving bros.

John Lydon spoke to Billboard about his new character, “Meat taught me everything. Now to trap a turtle!” The former Sex Pistol is on the road promoting a new documentary, The Public Image Is Rotten and getting set for a new PiL tour, which kicks off on  Oct. 9th stateside in New Orleans. Here’s the clip.