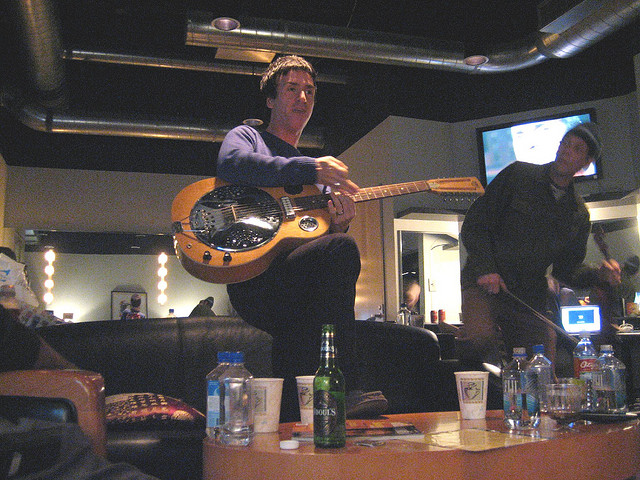 Johnny Marr took to the stage on Jimmy Fallon’s Tonight Show last night and delighted fans when he decided to play a Smiths classic.

He belted out a fantastic version of the Smiths’ ‘Stop Me If You Think You’ve Heard This One Before’.

He is currently on the North American leg of his world tour. As well as performing an old tune, he played his debut single ‘Easy Money’ while appearing on the nightly chat show.

The guitarist hasn’t been taking it easy since his last output, he has kept busy writing and recording in preparation for Playland.

Marr said: “When The Messenger came out I kept on writing. I liked that the band had a momentum going on tour and a connection with the audience, and I thought that energy would be good to capture on the new record.”

The album was recorded in the spring of 2014 in a London studio alongside longtime collaborator guitarist, keyboardist and co-producer James Doviak.

“It’s important to sound like your environment and on this record that’s London and Manchester. The feeling of the cities and the people make it into the music.”

Marr recently spoke to the Guardian about the decline of political songwriting in music today and feels that artists aren’t taking a stand against the government saying, “it’s always been the job of the artist to flag these things up, to stand in opposition to oppressive forces, even just to ask questions.”

Watch Johnny Marr performing ‘Stop Me If You Think You’ve Heard This One Before’ below.