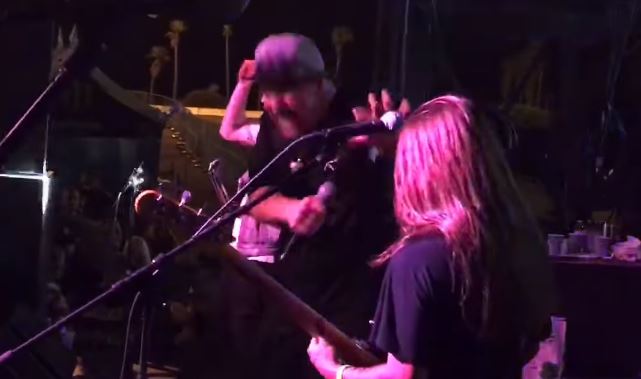 Metallica bassist, Robert Trujillo’s 15-year-old son made an appearance onstage with Suicidal Tendencies during a US show over the weekend.

Tye Trujillo, 15, was enlisted on bass duties for the US thrash metallers during their performance at the SoCal Hoedown event in San Pedro, California on Saturday night (October 5).

“That first show, Robert came out like a beast, going wild while slapping and bashing his bass with precision and a purpose. After the show, they were all like, ‘Where did you find this guy?'”

“An amazing bass player, incredible person, and of course also co-founder of Infectious Grooves, that was the start of a lot of great shows, moments, memories and helping take Suicidal Tendencies to another level!”

The band said Trujillo’s son by showed great potential claiming that he “bashed around it like a true Cyco!” and showed “what a badass he already is on bass”, concluding: “His youthful enthusiasm was contagious, his bass skills undeniable.”