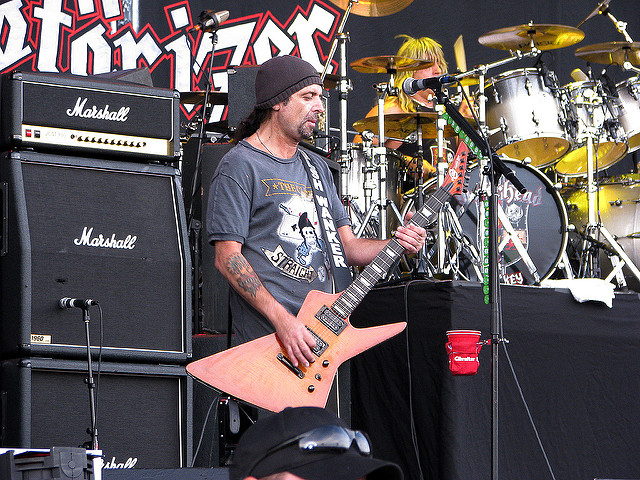 A Motorhead and Metallica supergroup of sorts recently performed together over the weekend. They played together at a gig in London on Sunday night.

Motorhead’s Phil Campbell joined Metcllica bassist Robert Trujillo onstage as he played with Mass Mental. Campbell was a guest of the band at their Electric Ballroom gig on Sunday night (March 13th).

Phil Campbell had been the Motorhead guitarist since 1984. He was recently unable to attend the funeral of frontman Lemmy, who passed away last December.

He recently spoke about why he missed the funeral saying “I really wanted to attend but I wasn’t able to make it”. He added “Unfortunately I was advised on doctors orders not to fly on such a long haul flight due to my recent hospitalisation.”

Speaking about Mass Mental previously, Robert Trujillo said “We’ve been doing Mass Mental since 1994, on and off. We’ve probably done about five gigs in over 20 years, so… it’s always a party. We did a show at the Whisky A Go Go a few months back, It’s always a trip.”

You can watch a video down below of Motorhead guitarist Phil Campbell and Mass Mental performing ‘Ace of Spades’.

Kasabian Are Coming to the 3Arena This November!