Home Music Watch Noel Gallagher And Johnny Marr Talk About ‘If Love Is The... 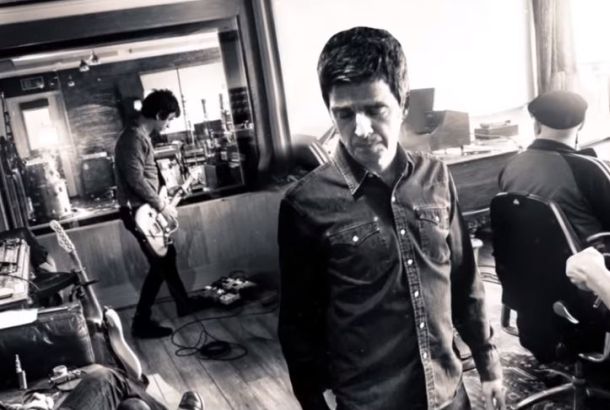 Watch Noel Gallagher And Johnny Marr Talk About ‘If Love Is The Law’! The ex-Oasis and Smiths artists have released a video discussing their work together on new single ‘If Love Is The Law’. Watch the video below as they discuss working together and how Marr keeps getting mistaken for Gallagher in the street and in taxis!

Lifted from Gallagher’s acclaimed third solo record Who Built The Moon ‘If Love Is The Law’  is the latest in a series of collaborations between the two guitar legends. Noel Gallagher explained. “An album of mine wouldn’t be an album of mine without Johnny Marr involved in it. Now it goes without saying that I love Johnny Marr’s guitar-playing, but what I love equally is his harmonica-playing.

I think the riff at the start of ‘Hand In Glove’… it fu**ing kills me every time. He came and he played on a few tracks. Most of the stuff didn’t quite make it, but then we ended up focusing on this one track which we didn’t think he was going to play on. I said ‘do you fancy playing some harmonica?’ He looked a bit taken aback.”

Johnny Marr explained how Noel is not what people might think he is,“I believe that as musicians, you are what you play. I think what’s interesting with Noel is that he’s quite a private person, I think. Even though he’s very well-known and a lot of people feel like they know him, as an actual person I think he’s quite private.”

“He’s very pragmatic and quite a no-nonsense kind of guy. When you listen to the music, and ‘If Love Is The Law’ is a good example, it does a thing which basically says ‘life is great, life is worth living’. It’s life-affirming – and that’s interesting because he’s not the sort of person who would be running around hugging everybody. Although I have seen him do that once or twice, but don’t tell anyone.”

Marr concluded,  “You hear it in his music. You are what you play and you hear it. From the first time I heard ‘Love Is The Law’, it was just this complete rush of upbeat, wide-open, open-skies affirmation of life.”