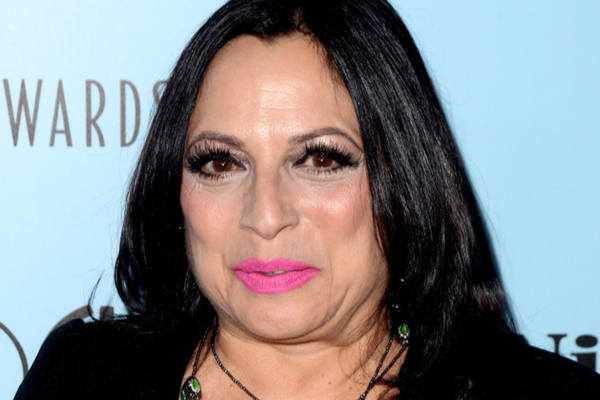 Tributes have been paid to the late Ronettes music icon Ronnie Spector, who passed away aged 78.

Her family confirmed that the singer passed away following “a brief cancer battle”. The icon of the famous 1960s girl group passed away yesterday (January 12).

“a twinkle in her eye, a spunky attitude”

Ronnie Spector’s family released this statement, which was posted to her official website.

“She was with family and in the arms of her husband, Jonathan”, he family said.

“Ronnie lived her life with a twinkle in her eye, a spunky attitude, a wicked sense of humour and a smile on her face.  She was filled with love and gratitude. Her joyful sound, playful nature and magical presence will live on in all who knew, heard or saw her”, her family also stated.

Her family also added, “In lieu of flowers, Ronnie requested that donations be made to your local women’s shelter or to the American Indian College Fund. A celebration of Ronnie’s life and music will be announced in the future. The family respectfully asks for privacy at this time”.

This group was formed by Ronnie Spector. She also formed it alongside her sister Estelle Bennett and her cousin Nedra Telley in New York back in 1957.

Having released several singles, the group later changed their name to the Ronnettes after signing with Phil Spector’s Philles Records in 1963.

The group’s iconic hit “Be My Baby” earned their first top ten singles in the Billboard Top 100 that same year. They also followed that up with “Baby I Love You”, which featured on their compilation album “A Christmas Gift For You From Phil Spector”.

The band only released one album “Presenting The Fabulous Ronettes Featuring Veronica”, arriving in 1964. The Ronettes continued to release tracks irregularly, until they broke up in 1967.

Ronnie Spector did reform the group in 1974, replacing her sister and cousin with Denise Edwards and Chip Fields.

After they split up, Spector also launched her own solo career. She released four albums between 1980 and 2016.

Following news of her passing, tributes have also poured in for the late singer.

Beach Boys star Brian Wilson wrote, “I just heard the news about Ronnie Spector and I don’t know what to say. I loved her voice so much and she was a very special person and a dear friend. This just breaks my heart. Ronnie’s music and spirit will live forever. Love & Mercy, Brian”.

I just heard the news about Ronnie Spector and I don’t know what to say. I loved her voice so much and she was a very special person and a dear friend. This just breaks my heart. Ronnie’s music and spirit will live forever.
Love & Mercy, Brianhttps://t.co/dXZKTMWv8a

Stevie Van Zandt also paid tribute, “RIP Ronnie Spector. It was an honor to Produce her and encourage her to get back on stage where she remained for the next 45 years. Her record with the E Street Band helped sustain us at a very precarious time (thanks to Steve Popovich). Condolences to her husband and family”.

So talented, so influential and just so cool. RIP Ronnie Spector. pic.twitter.com/L72sY54WSh

One of the first voices I fell in love with RIP beautiful Ronnie Spector💔 https://t.co/EeaxSeJfdQ

RIP Ronnie Spector 🙏 Seems like this song is the soundtrack to every Martin Scorsese film…https://t.co/5AsSeKO47e