CLICK THE LINK ABOVE OR RIGHT HERE TO WATCH NOW

The video features the 24-year-old Irish Emmy nominee in a dishevelled state in a hotel room, struggling to get the song to play on a laptop.

Mescal earned widespread critical acclaim for his portrayal of Connell Waldron in Normal People and Scarlet is a previously unreleased track the Stones recorded with Led Zeppelin guitarist Jimmy Page in 1974.

The video is described as a “love letter” to Scarlet and was directed by filmmaking duo US with a socially distanced shoot at London’s Claridge’s Hotel.

Scarlet will be included on the band’s upcoming Goats Head Soup boxset, which will also feature two other previously unreleased tracks – All The Rage and Criss Cross – as well as “many more rarities, outtakes and alternative mixes”.

It will be available from September 4th. 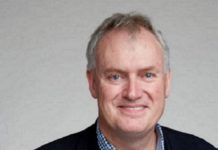 Spielberg And Tarantino Among ‘Most Adventurous’ Directors