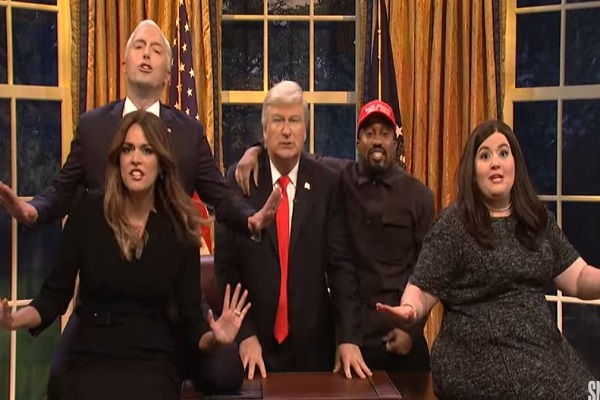 Saturday Night Live ended their 44th season on May 18th with yet another Donald Trump impression from actor Alec Baldwin.

However, this time around the cast delivered a musical treat when they sang a rendition of one of Queen’s most revered songs. 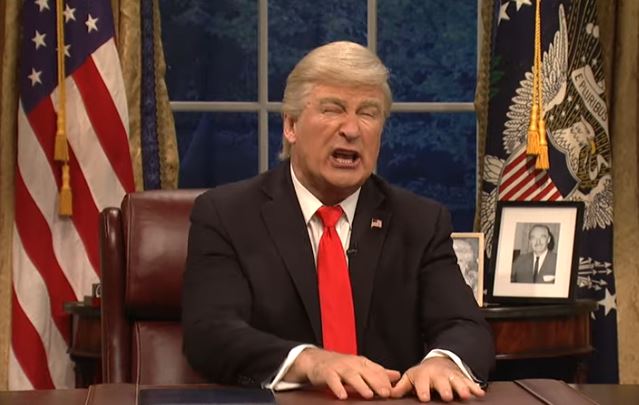 Baldwin as Trump took control of the Oval Office with a handful of SNL cast members. The comedians played an assortment of members of the Trump administration. 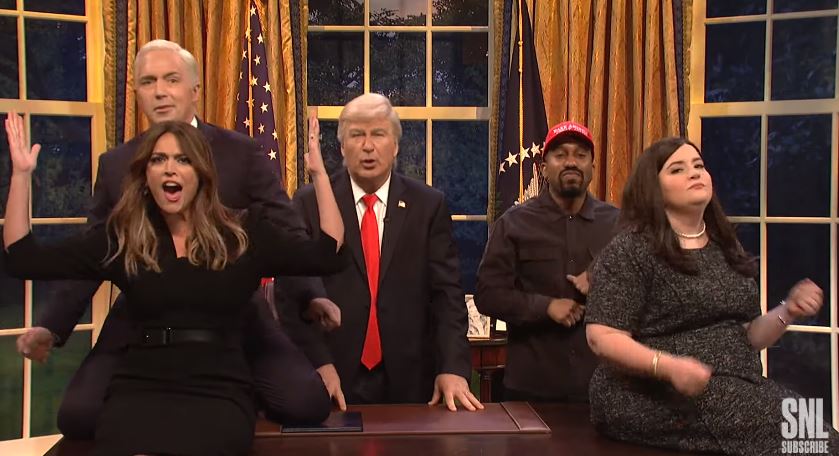 The cast gave the cult classic off the band’s 1978 album, Jazz.a a Trump-specific spin! With “Don’t Stop Us Now,” Trump launches into a State of the Union address about summer, and it slowly devolves into chaos.

That’s as Trump’s wife, his sons, Kanye West (played by Chris Redd), Mueller and various members of the team all waxing lyrical on various issues, The concerns raised include the abortion ban in various states, the possibility of impeachment, the Mueller report and more.

Watch the “Don’t Stop Us Now” cold open below: