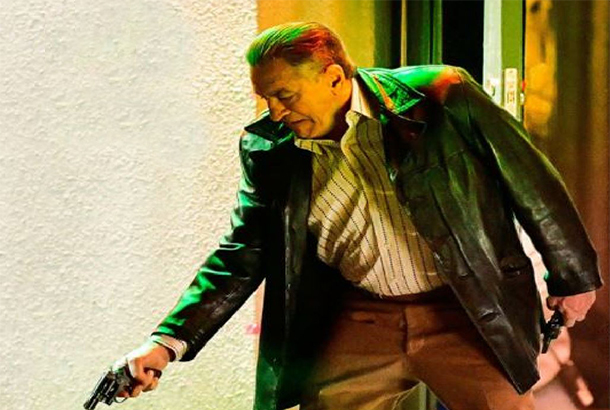 Netflix surprised the crowd at the Oscars by teasing the first trailer for The Irishman, Martin Scorsese’s impending crime drama. It’s a minimal offering considering the film is nowhere near completion.

What the trailer does reveal is that Al Pacino, Robert DeNiro, and Joe Pesci will star in the forthcoming flick.

Also, it looks likely the film will see a release this Autumn which is good news seeing as it’s been on the cards for roughly three years. Check out the teaser below.

As CoS reports, The Irishman revolves around a hitman, Frank Sheeran, a former labour union leader with Irish roots. Sheeran confessed to one of the biggest unsolved crimes in modern American history, the murder of union boss Jimmy Hoffa.

inspired by Charles Brandt’s 2005 non-fiction novel, I Heard You Paint Houses…. The adaptation was delivered by Steven Zaillian. Half of the film is set to feature young versions of Pacino and DeNiro.