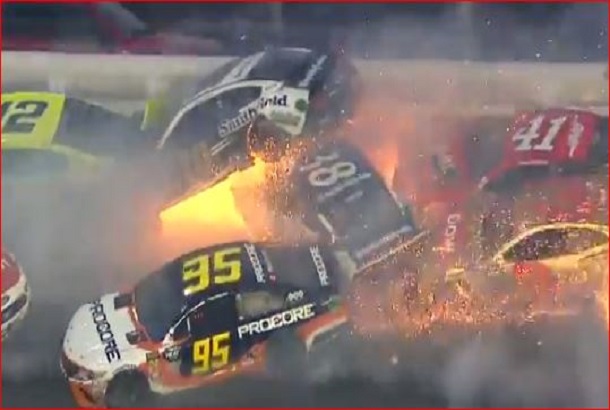 A huge massive 21-car pile-up happened in Florida on Sunday. That was at the NASCAR Daytona 500 race.

Denny Hamlin bagged the chequered flag to be crowned winner of the event. It was the driver’s second victory in four years. However, the race will go down in history for the mammoth crash that tookout more than half of the 40 cars.

Driver Paul Menard was jockeying for fifth position and tried a ‘bump and run’ on his rival, but it was an epic fail! The event was stopped for 25 minutes but, thankfully, no driver was injured in the accident.

Speaking to Fox, Menard apologised to fellow driver DiBenedetto after the crash. “That was my bad. I wrecked a lot of cars and I feel bad about that.”

“I wrecked a lot of cars. I feel bad about that.” – Paul Menard pic.twitter.com/gUl1ht3guG

Victory For Leinster At Thomond Park