Home Entertainment Have You Seen Wild Wild Country Yet? Prepare Yourself… 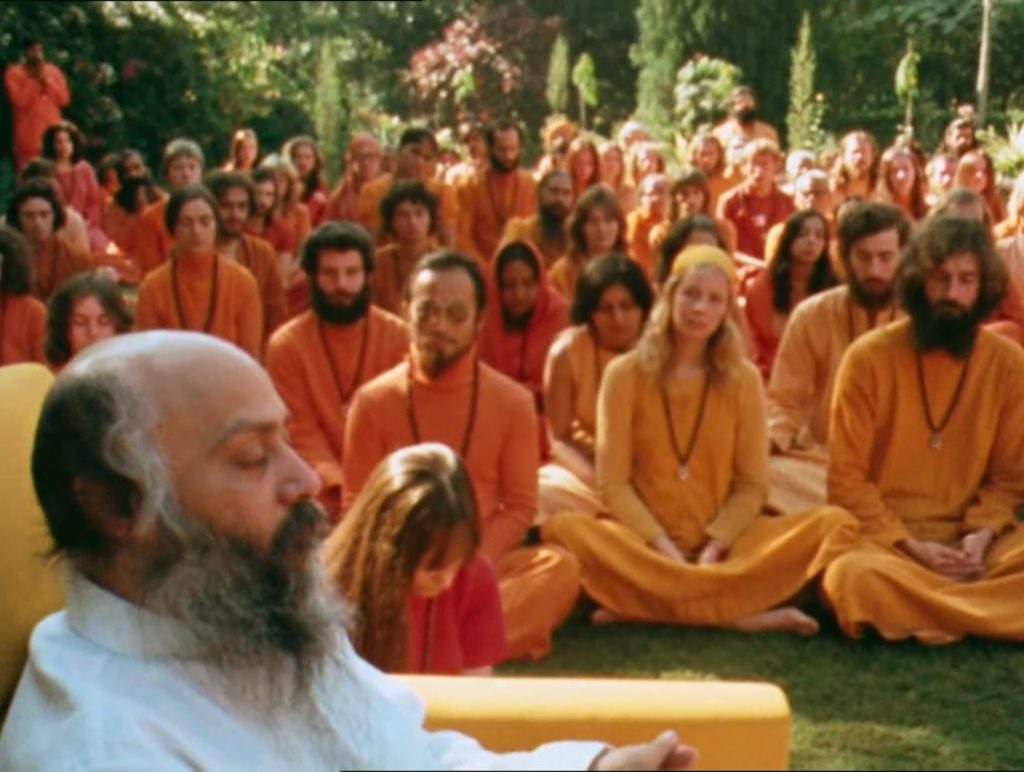 So now that my Netflix ban is lifted, I have continued to read my books (HA), and not sit in front of the TV for an entire weekend binge session… so I was unable to become hooked on Wild Wild Country.

Lies. I went through it so quickly I’m begging for a part 2.

The new six-part documentary series depicts the rise and fall of a 1980s Utopian community in Oregan, United States which descended into darkness quite quickly.

Jaw-dropping would be one word to use when describing the doc, and it is incredibly hard to digest that this cult was part of our most recent history.

The new ‘city’ quickly made some enemies, fighting with local ranchers which in turn produced the first bioterror attack in US history, the largest case of illegal wiretapping ever recorded, and the world’s biggest collection of Rolls Royce automobiles.

The group is led by the dynamic Bhagwan Shree Rajneesh who purchased 64,000 acres of land in central Oregon in a bid to build its own Utopian city. But, as the series immediately reveals, the narrative becomes darker and stranger than you might ever imagine.

It’s a truly remarkable documentary with an incredible amount of original footage, as well interviews with members of the cult – including the scary and ‘timid’ Sheila – as the Duplass Brothers explore the world of the Rajneesh movement.

We don’t want to let loose on any spoilers – but we would genuinely recommend you sit down and get to grips with a shocking piece of history that falls apart as dramatically as it bound together.

Check out the trailer to ready yourself!