Home Entertainment Your Guide To Pride 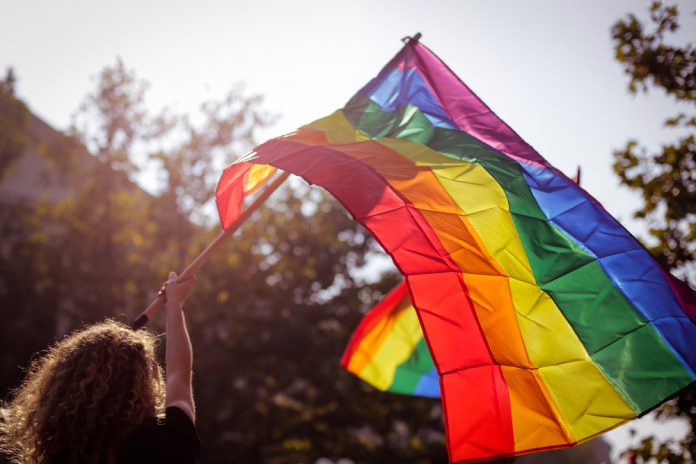 The Dublin Pride Festival culminates with the famous parade through city streets this Saturday June 29th.

Ireland has come a long way from eight people protesting homophobic laws in 1974 to 60,000 people celebrating in the capital last year.

This week the city is full of rainbows. Flags are all along the Liffey and atop the GPO and Customs House. An Post have also painted their post boxes in the pride colours.

The parade itself will start at 1pm at the Garden of Remembrance and after passing Liberty Hall (where the first Pride event took place in 1983) it ends in Merrion Square.

During the main parade, Parnell Square East & North, Frederick Street North and Cavendish Row will be temporarily closed from 9.00am to 4.00pm. Merrion Square East and South, Fitzwilliam Street Lower, Mount Street Upper and Mount Street Crescent will be closed from 6.00am to 10.00pm during the parade. Pedestrian and local access will be maintained and traffic diversions will be in place.

If you fancy starting the celebrations early, a free pride breakfast takes place at 10 am at Outhouse on Capel Street.

Roberta’s Restaurant & Bar in Temple Bar also have a weekend full of fun planned for Dublin Pride Weekend kicking off from 10am on Saturday with DJ Martin McCann playing pop anthems to get you pumped for the parade.

After the parade, Pride Village is a free outdoor family event that will run till 6.00pm at Merrion Square. If you’re up for staying out even later, Mother, the ultimate Pride after party takes place in Collins Barracks. Unfortunately tickets for the event are now sold out but you can still get some for Love Sensation this August 17 & 18 at the Royal Hospital Kilmainham. Click here

The Pride Alternative starts at 12pm on Rosie Hackett Bridge, and organisers say the event will be about “listening to each other, highlighting queer struggles, and drawing attention to the issues that face our community today”. Queer Action Ireland is organising the alternative event in Dublin in protest over the inclusion of gardai in this year’s parade, as well as the festival’s media partnership with state broadcaster RTE. They say the inclusion of such groups takes away from the fundamental reason for LGBTQ pride parades worldwide, which is to remember, celebrate and continue to fight for rights.