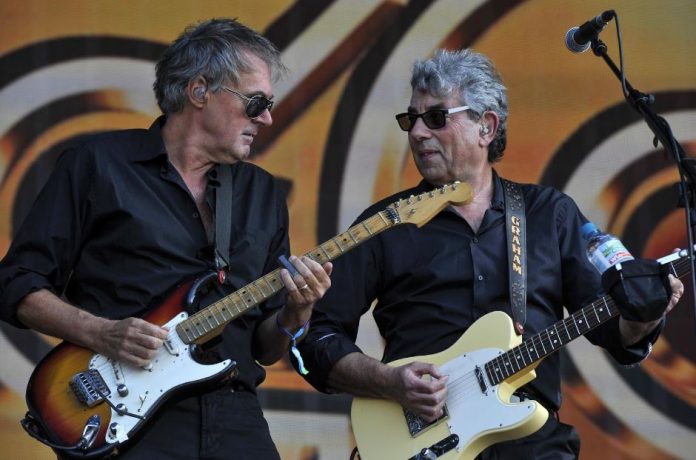 As part of 10cc’s Irish tour for 2020 the band will make a stop off at Ulster Hall, Belfast, 28th May, Vicar Street Dublin, 29th May and Cork Opera House, Cork, 30th May. Tickets on sale this Thursday 5th December at 10AM

Among the most inventive and influential bands in the history of popular music, 10cc are one of the very few acts to have achieved commercial, critical and creative success in equal measure.

Testament to 10cc’s ongoing appeal, the band can count a generation straddling array of fellow artists, everyone from Chrissie Hynde to The Feeling’s Dan Gillespie and Axl Rose to Sophie Ellis Bextor, among their many millions of fans.

I’m Not In Love, co-written by Graham Gouldman and Eric Stewart, features prominently in the soundtrack to the 2014 blockbuster film Guardians of the Galaxy, which grossed $635 million in its first two months in US cinemas and spawned a No 1 album.

Meanwhile, a key element of the soundtrack to 2010’s Facebook feature film The Social Network is Dreadlock Holiday, which is also the Sky Sports cricket reports theme in Australia.

10cc has sold more than 30 million albums around the world and the band’s longevity is testament to their timeless songs and reflecting Gouldman’s status as one of the world’s leading songwriters, he was inducted into America’s Songwriter’s Hall of Fame at a ceremony in New York in June.

Gouldman attributes 10cc’s lasting appeal to the quality and individuality of the band’s songs.  “They don’t seem to date; they are original, we never followed any trend we simple wrote for our own pleasure…”

“The fact that the songs are being played as often on the radio today as they ever were shows how true that is,” he says.

Tickets for 10cc in Ulster Hall, Vicar Street and Cork Opera House are available from this Thursday at 10AM