Born in the U.S.A. is the seventh studio album by American rock singer-songwriter Bruce Springsteen, released on June 4, 1984. A critical and commercial triumph, it found Springsteen marking a departure in his sound. While its predecessor, the dark and acoustic Nebraska, featured songs of pessimism and isolation, Born in the U.S.A.’s lyrics expressed signs of hope in the daily fight of the ordinary American in following the American Dream, a new feeling complemented by synthesized arrangements and a pop-flavored, radio-oriented sound that helped Springsteen to extend his popularity and appeal to mainstream audiences. The album was supported by an enormous commercial campaign that helped create several hit singles, as well as remixes and music videos.

Born in the U.S.A. was the best-selling album of 1985 in the United States (and also Springsteen’s most successful album ever), selling 15 million copies in the U.S alone, and 30 million worldwide. The album produced a record-tying string of seven Top 10 singles (tied with Michael Jackson’s Thriller and Janet Jackson’s Rhythm Nation 1814) and also a worldwide concert tour (the two-year Born in the U.S.A. Tour) that was a success. The album was lauded by most critics and is often considered one of Springsteen’s finest albums (Rolling Stone magazine rated it the 86th-greatest album of all time, his second on the list) along with his 1975 breakthrough, Born to Run. The scathing condemnation of the title track is often misinterpreted as a patriotic anthem as a result of the repeating chorus. Its cover (a close-up of Springsteen’s rear in front of an American flag, as he was photographed by Annie Leibovitz) became an iconic image of the era.

In 1981, Springsteen was asked to write music for a film by Paul Schrader called Born in the U.S.A. (Schrader’s movie would eventually be released 1987, entitled Light of Day, featuring Michael J. Fox and Joan Jett). Shortly after, when Springsteen was working on a song titled “Vietnam,” he glanced at the script and sang the title. The song, entitled as the work-in-progress movie, was already finished during the sessions of Springsteen’s introspective album Nebraska, and Springsteen originally wanted to include it on the album. However, it was removed as it did not coincide with the dark feel of the rest of the songs. The same happened with other songs already cut around January or February 1982 – the energetic rocker “Cover Me” and the intimate “I’m on Fire”. Between April and May, Springsteen composed and recorded a number of songs specifically intended for an album besides Nebraska at The Power Station in New York – “Born in the U.S.A.”, “Darlington County”, “Working on the Highway”, “Downbound Train”, “I’m Goin’ Down” and “Glory Days”. By mid-1982, most of the album was already recorded over three months before the commercial release of Nebraska. In May 1983, Springsteen cut another song, “My Hometown” at The Hit Factory and around the end of the year he taped the two final tracks originally considered for the album – “No Surrender” and “Bobby Jean”.

A last moment addition was “Dancing in the Dark”, a song specifically commissioned by Springsteen’s producer and manager Jon Landau, who was satisfied with the material recorded but wanted a blockbuster first single, one that was fresh and directly relevant to Springsteen’s current state of mind. Landau and Springsteen got into an argument, but later on Springsteen wrote “Dancing in the Dark” with some trepidation. His irked mood from the day’s argument combined with the frustrations at trying to complete the album quickly poured out into the lyrics. As he wrote on his 1998 book Songs, “It went as far in the direction of pop music as I wanted to go – and probably a little farther.” However, Springsteen noted that “My heroes, from Hank Williams to Frank Sinatra to Bob Dylan, were popular musicians. They had hits. There was value in trying to connect with a large audience.”

Born in the U.S.A. was notable for its production of music videos. In the wake of the success of Michael Jackson’s Thriller, supported with creative, polished and high-budget music videos, Springsteen in 1984 first recorded promotional videos for four singles from Born in the U.S.A.. These videos were decisive for introducing Springsteen’s music to a new, younger, and wider audience, as they received heavy rotation and support by the recently-launched MTV.

The video for “Dancing in the Dark” was directed by Brian De Palma. Set at a live performance, it’s perhaps best remembered for the appearance of Courteney Cox as a fan who is invited on stage by Springsteen, and dances with him. (The video played a large role in launching Cox’s career, which reached its heights when she became one of the stars of NBC’s sitcom Friends.) The video was filmed in June 1984 at the St. Paul Civic Center in Saint Paul, Minnesota, before and during the initial show of the Born in the U.S.A. Tour and first aired on July 10, 1984 on MTV. The next video for the album was the one made for the title track. It was directed by noted filmmaker John Sayles and also consisted of video concert footage of Springsteen and the E Street Band performing the song, poorly synchronized with audio from the studio recording. Released in mid-December 1984, there supposedly had not been enough time to mix the audio from the concert. This footage was intermixed with compelling mid-1980s scenes of working-class America, emphasizing images that had some connection with the song, including Vietnam veterans, Amerasian children, assembly lines, oil refineries, cemeteries, and the like, finishing with a grizzled Springsteen posing in front of an American flag.

The other two videos for the album were more ambitious productions, as portrayed storylines that alluded to the emotions of the songs. The video for “I’m on Fire”, shot in March 1985 in Los Angeles, and also directed by Sayles, featured Springsteen as a working class automobile mechanic playing against an attractive, married, very well-to-do, mostly unseen female customer who brings her vintage Ford Thunderbird in for frequent servicing, always requesting that he does the work. She gives him all her keys, not just the ones for the car. Later that night, he drives the T-Bird up to her mansion high in the hills above the city. He is about to ring the bell, when he thinks better of it, smiles wistfully, drops her keys in the mailbox next to the door and walks away down towards the lights below. It was the first video showing Springsteen’s dramatic side, it began airing in mid-April 1985 and, later in the year won the MTV Video Music Award for Best Male Video.

The final video for the album was the one shot for “Glory Days”. It was shot in late May 1985 in various locations in New Jersey, and also directed by Sayles. It featured a narrative story of Springsteen, playing the protagonist in the song, talking to his young son and pitching to a wooden backstop against an imaginary lineup (he eventually lost the game to Graig Nettles). Intercut with these were scenes of Springsteen and the E Street Band lip-synching the song in a bar. Although he had left the band more than two years earlier, Steven Van Zandt was invited back to perform in this video, along with his sometimes hysterical stage antics but the two new members of the band, Nils Lofgren and Patti Scialfa, who had not been on the record at all, were also featured. Springsteen’s then-wife Julianne Phillips made a cameo appearance at the baseball field at the end. The video began airing on MTV in mid-June 1985.

Born in the U.S.A. was well received by music critics. In a contemporary review for The Village Voice, Robert Christgau found the album’s upbeat worldview to be more honest than the one-dimensional Nebraska and remarked that its vibrant music “reminds me like nothing in years that what teenagers loved about rock and roll wasn’t that it was catchy or even rhythmic but that it just plain sounded good.” Debby Miller of Rolling Stone magazine said that Springsteen sets songs that were as well thought out as Nebraska to more sophisticated production and spirited music, and that, apart from its infectious rock songs, the four story-driven songs that end each side of the album give it an “extraordinary depth” because of Springsteen’s world-beating lyrics. Born in the U.S.A. was voted the best album of the year in The Village Voice‘s annual Pazz & Jop critics poll for 1984. Christgau, the poll’s creator, also ranked it number one on his list, and wrote in an accompanying article for the Pazz & Jop that Springsteen improved upon his previous work by eschewing dejected themes of nostalgia and losers for tougher lyrics and a sense of humor.

In a 1990 review, Christgau wrote that, although it may have seemed more conservative than his previous work, Born in the U.S.A. showed him evolving on what was his “most rhythmically propulsive, vocally incisive, lyrically balanced, and commercially undeniable album.” Greg Kot, writing in the Chicago Tribune, later called it “an 11-million-selling record with a conscience. Allmusic’s William Ruhlmann interpreted the album as an apotheosis for Springsteen’s reoccurring characters from his past albums and said that Born in the U.S.A. “marked the first time that Springsteen’s characters really seemed to relish the fight and to have something to fight for.” In 2003, Rolling Stone ranked Born in the U.S.A. number 85 on their list of the 500 greatest albums of all time. In 2012, Slant Magazine named it the 35th best album of the 1980s.

Springsteen has expressed some mixed feelings about the album, believing that Nebraska contains some of his strongest writing, while Born in the U.S.A. did not necessarily follow suit. The title track, “more or less stood by itself”, he declared. “The rest of the album contains a group of songs about which I’ve always had some ambivalence.” Even so, and despite calling it the “grab-bag nature” of the album, he acknowledged its powerful effect on his career, claiming: “Born in the U.S.A. changed my life and gave me my largest audience. It forced me to question the way I presented my music and made me think harder about what I was doing.”

All songs written by Bruce Springsteen. 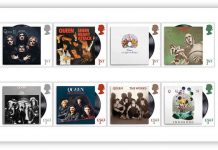 You Can Listen To Van Morrison’s ‘Astral Weeks’ In Full From...