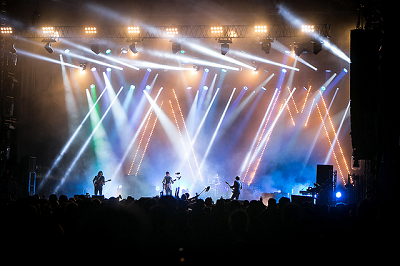 The nominations have been announced for the annual Q Awards, featuring the likes of Arctic Monkeys, Kate Bush, Royal Blood and Kasabian.

The celebrations will take place in London on October 22nd, hosted by Absolute Radio’s Christian O’Connell and we can reveal the 2014 shortlist.

Kasabian lead the nominations this year and have the chance to collect four awards, with nominations for Best Track ‘Eez-eh’, Best Album 48:13, Best Act In The World Today and Best Live Act.

Arctic Monkeys have three nominations for Best Video ‘Arabella’, Best Act In The World Today and having just headlined the Reading And Leeds Festivals, they are among the contenders for Best Live Act.

Musician Kate Bush, who recently made a comeback to the stage after 35 years, has been nominated for two Q Awards. The singer has been shortlisted for Best Live Act and Best Act In The World Today alongside Kasabian, Arctic Monkeys, Pharrell Williams and Arcade Fire.

Matt Mason, from Q magazine said, “It’s been a remarkable and fascinating 12 months for music, and these nominations are a measure of that. We’ve had the surprise and brilliance of Kate Bush’s return alongside the excitement and invention delivered by all the nominees in the best new act category.”

“From the two-man blast of newcomers Royal Blood to headline performances from Kasabian, Arcade Fire and Arctic Monkeys, there have been constant reminders of rock’n’roll’s enduring power to knock our socks off. All the nominated acts have helped make 2014 a brilliant year.”

Other nominees include Elbow, Manic Street Preachers, Kasabian, Damon Albarn and The Black Keys will do battle for the honour of best album.

Kasabian’s frontman Tom Meighan, recently dropped into Radio Nova’s Morning Glory to chat with Dee Woods and Marty Miller about their new album, listen to the chat below.