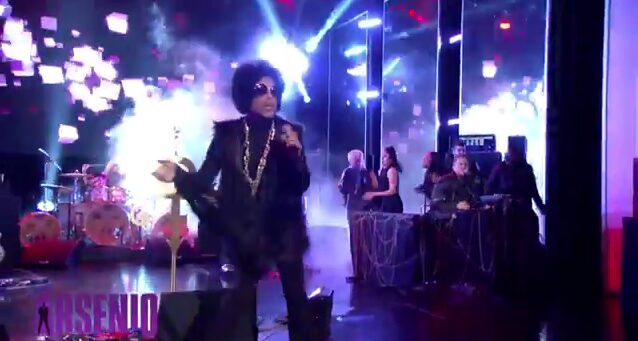 Last night Prince debuted his new song “Funkroll” with an electrical performance with his band 3RDEYEGIRL on the Arseno Hall show.
The song has been part of Prince’s set which he has been playing in his impromptu shows in the UK for the past few weeks.
Its safe to say that judging from the performance, the man formerly known as Prince, has never lost it.

Sit back and enjoy.