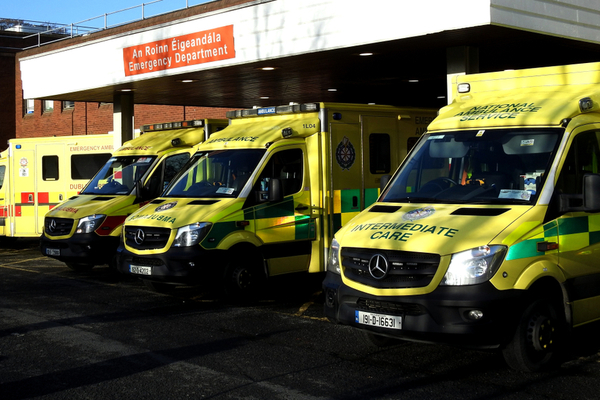 A man has sadly died following a serious assault in Sligo two days ago.

Having been taken to Sligo University Hospital, the man was transferred to Beaumont Hospital in Dublin.

However, he died having suffered a serious head injury. He was treated at the scene at Rockwood Parade, Sligo.  The victim was 39 years old.

Gardaí have confirmed that no arrests have been made, while a post mortem will later take place.

They have also said that this death is being treated as suspicious, and they have appealed for witnesses.

Anyone with information have been urged to come forward. They can contact Sligo Garda Station on 071- 9157000. They can also contact the Garda confidential line on 1800-666-111 or any other Garda Station.

This news comes a local GAA club in Galway were left in mourning, following the tragic death of a young camogie player in Athenry during a match.

Kate Moran died after being hit with a sliotar and a swinging hurley during a league match against Adrahan.

She was later taken to intensive care at Galway University Hospital. She sadly died.

“It has taken all of us by shock”, councillor Shelly Quinn said of Moran’s death. “The GAA game ended in catastrophic results for Kate and it was a horrible tragic accident”.

“Galway Camogie is one of the biggest GAA clubs in the country and there will be a massive community response to this devastating tragedy”.

“Kate was taken far too soon and our thoughts and sincerest condolences go out to the Moran family”, she added.

“This is a terrible tragedy for her family, our club and our community. We are deeply saddened by these events”, a spokesperson for her club Athenry added.

“Our sympathy and thoughts are with the Moran family and friends. Kate will be greatly missed by all who knew her”.

“Kate began playing with Athenry Camogie Club at underage level and quickly progressed to Senior A level with great distinction. She holds a Feile, Minor County and Intermediate County title”.

“She played in a club All Ireland Intermediate final, won two All Irelands at U16 level with Galway, both titles she was incredibly proud of”.