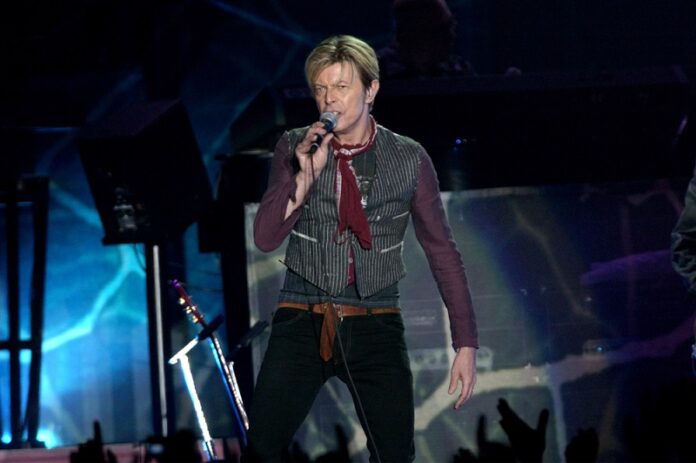 A series of David Bowie coins have been released as part of the Royal Mint’s music legends collection. One of the coins has also been launched into space, to celebrate Bowie.

The coin orbited the Earth’s atmosphere for 45 minutes. The coin is now being offered as a prize as part of a Royal Mint competition. More details about the competition can be found here.

The one ounce coin celebrates Bowie’s period that he spent in Berlin. It also features the iconic lighting bolt design from ‘Aladdin Sane’. The coin uses technology to give the impression that it has been sprinkled with stardust.

As well that coin being up for grabs, fans can purchase other coins here. They range from £13 for an uncirculated £5 coin. Some of the more expensive items have already sold out, such as the limited edition 1 ounce gold coin that was on sale for £2,425.

Previous musicians to be honoured in the Royal Mint collection were Queen and Elton John. In a statement, Clare Maclennan, divisional director of commemorative coin at the Royal Mint said “We are thrilled to unveil the third coin in the Royal Mint’s music legends series, honouring the intergalactic legacy and career of David Bowie.”

“In recognition of Bowie’s first hit single Space Oddity, we felt it was fitting to send his coin into space and celebrate the Starman in his own pioneering fashion”.

She went on to add “David Bowie’s music has inspired and influenced generations of musicians and we hope this commemorative coin will be cherished by fans around the world”.

‘No Trendy Réchauffe‘ was recorded at Birmingham NEC in 1995. It follows on from the ‘Ouvrez Les Chien’ release from October.

You can check out ‘Hallo Spaceboy’ from the Birmingham concert below. The next record in the series is due to be released early next year.