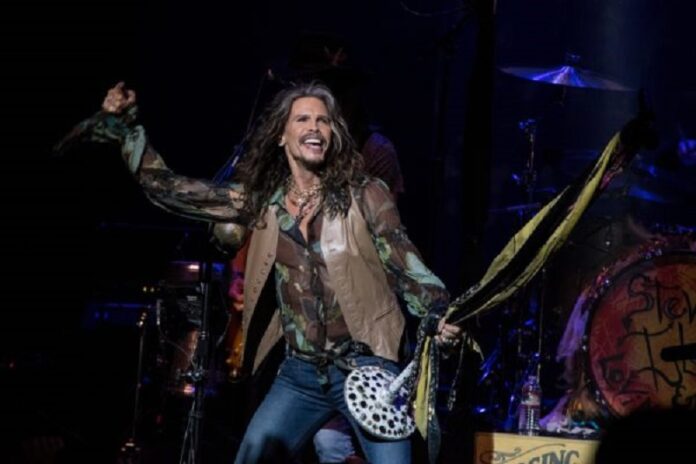 Steven Tyler and Joe Perry from Aerosmith are to reunite with Mike Meyers and Dana Carvey for a virtual Wayne’s World reunion.

The reunion is being hosted by Josh Gad as part of his Reunited Apart series on YouTube. There has been inaccuracies reported on the start time of the event. However according to Gad’s YouTube channel, the reunion will start today between 4 and 5pm Irish time.

The event is also in aid of First Responder’s Children Foundation. You will be able to watch the reunion here.

Aerosmith and the cast of Wayne World’s isn’t the only reunion Gad has organised this year. In June he got the cast of Ferris Bueller’s Day Off to reunite in the first season of his YouTube Series.

Announcing the reunion, Aerosmith said on Twitter “Sibilance… Sibilance” Surprise… We were “worthy enough” to reunite with our friends Wayne and Garth!”

The first Wayne’s World film was released in 1991. It was the second film based off a sketch from Saturday Night Live, the first being the Blues Brother from 1980.

Aerosmith appeared in the second Wayne’s World film and performed two tracks, ‘Dude (Look’s Like A Lady)’ and ‘Shut Up and Dance’. Their cameo lead to one of the most iconic lines from the film when Wayne and Gareth see the rock icons, they get on their knees and chant “we’re not worthy”.

The Wayne’s World reunion isn’t the only one Aerosmith have taken part in this year. At the Grammys before the pandemic started, they reunited with hip-hop legends Run DMC to perform their classic hit ‘Walk This Way’.

Last month marked the 50th anniversary of Aerosmith’s first ever concert. The band have announced on Twitter that they will be celebrating the anniversary by “digging out treasures” from their vault. There has no been official word on what exactly the treasures involve or when they will be released.