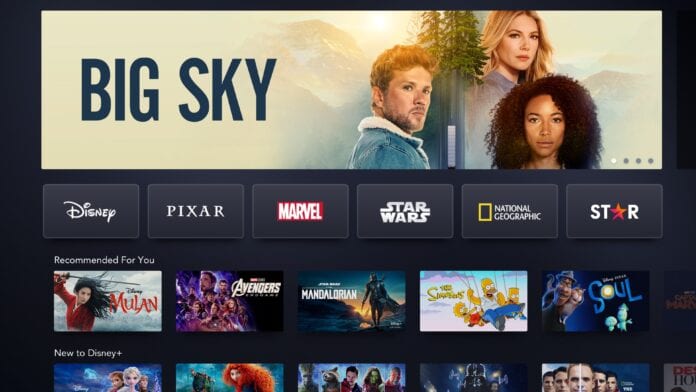 Disney+ is now adding a new entertainment content brand, Star, to the streaming service already being enjoyed by some 86.8 million people around the world.

Star will launch in Ireland on February 23, 2021 as a fully integrated part of Disney+, with its own branded tile and a new collection of renowned shows, movies and documentaries that will double the content catalog available to subscribers.

You will now be able to stream fan-favourite TV series like Grey’s Anatomy, 24, Buffy The Vampire Slayer, The X-Files, Lost, Family Guy and The Golden Girls will be coming to Disney+ this summer – every season, every episode.

There will also be Star Originals on Disney+ including Big Sky from David E. Kelley, teen-drama Love Victor (set in the world of the 2018 film Love, Simon) adult animated sitcom Solar Opposites, (from the makers of Rick & Morty) and  and Marvel show Helstrom.

Also coming are Dopesick, a miniseries starring Michael Keaton and Rosario Dawson, several FX series like The Old Man (with Jeff Bridges and John Lithgow), Kate McKinnon’s The Dropout and a new show from the Kardashian Jenners.

For movie fans like me you will be able to stream Oscar-nominated Can You Ever Forgive Me, Danny Boyle’s The Beach, and action like Gone in 60 Seconds and Taken. These are mixed with classics such as Pretty Woman, Die Hard 2, The Devil Wears Prada, and Moulin Rouge.

Disney has also announced a slate of 10 European projects commissioned for the streaming servcice, with projects confirmed in France, Germany, Italy and the Netherlands as the start of their ambition to make 50 productions in Europe by 2024.

With all the new content on offer, Disney+ will be updated to offer enhanced parental controls and the service is now priced at €8.99 per month or €89.99 per year.