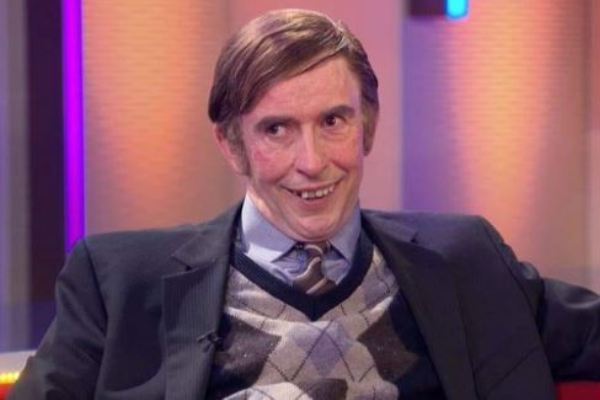 ‘This Time with Alan Partridge’ really riled up some sections of society in Britain with rousing rendentions of ‘Come Out Ye Black And Tans’ and ‘Men Behind The Wire’ in celebration of St Patrick’s Day …… all on the BBC!

The episode took an unexpected twist with double the cringe factor as Partridge and his Irish tribute act the Sligo farmer Martin Brennan also played by Steve Coogan, who took the proverbial out of Partridge as he listed the strange farming tactics he’s employ like ‘feeding turf to the sheep’ and ‘milking the bulls’!

The Sligo farmer Partridge-esque Irish visitor sang a host of famous Irish rebel songs to which the host, in classic Partridge style, he muttered to Jennie,“Oh my God, that was like an advert for the IRA.”

Just last week, a local family run food producer debuted an ad in which butchers sing, “Come out you other hams, come and face me, ham to ham…” to the tune of the old rebel standard.

Over the weekend, boxer Michael Conlan was criticised for his intro music which featured The Wolfe Tones’ Celtic Symphony, which features the lyrics, ‘Ooh ah, up the Ra’.

The best bit of partridge so far (ever?) @RobGibbons_ @neilgibbons

The sketch at the end of Alan Partridge's show last night which featured an Irishman singing rebel songs has caused a bit of controversy. I thought it was hilarious.

Human beings never cease to confuse me. Our morals & values are the very fabric of society, not politics or boxing or a TV programme. Way more 'hive mentality' about Michael Conlan & Alan Partridge than the 3 young children we have lost in Cookstown? Shame on you! Shame on us!

Did you express same annoyance when Alan Partridge made fun of Famine and Bloody Sunday? Doubt it.

Its a continuation of the old Alan Partridge…comedy genius and cringe rolled into one. Steve Coogan is a very astute man.

ACDC To Unveil Video For Song “Realize” From New Album