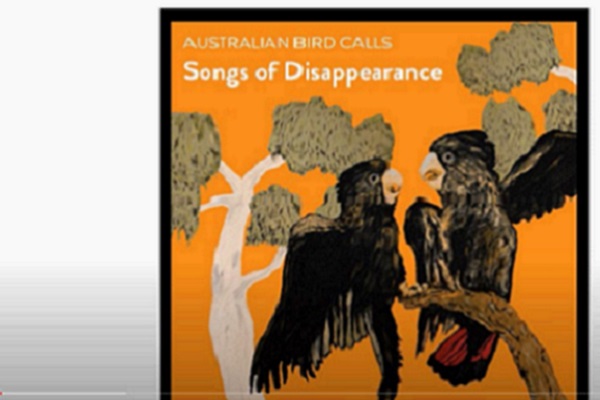 An album which consists of bird sqwauks and tweets of endangered Austrailian species has landed in the top five of the Aussie Aria music chart.

The album itself is called Songs of Disappearance. It is overtaking the likes of ABBA and The Weeknd. Clearly ruffling a few feathers!!

The album has also topped the likes of Mariah Carey and Michael Bublé for good measure.

Songs of Disappearance features birdsongs of 53 of Austrailia’s endangered species. It was created by BirdLife Austrailia.

Their CEO Paul Sullivan said this, “This album is a very special record with some rare recordings of birds that may not survive if we don’t come together to protect them”.

“While this campaign is fun, there’s a serious side to what we’re doing”, he added. “and it’s been heartening to see bird enthusiasts showing governments and businesses that Australians care about these important birds”.

Some of the albums’ songs also took hours of waiting in the bush to record one such tweet. The album used bird recordings from wildlife sound recordist David Stewart. Stewart has spent almost three decades collecting often rarely heard sounds of wildlife from down under.

Proceeds from these album sales will also go towards BirdLife Austrailia’s conservation project.

It has been reported that one in six birds from Austrailia are endangered A study from Charles Darwin University shows 216 out of 1,299 species under threat.

Input for this research came from over 300 bird experts. They said that climate change was pushing species into extinction.

BirdLife Austrailia estimates that the amount of endangered wildlife has increased by 25%.

Speaking of ABBA, the band are to sue tribute band ABBA MANIA over an alleged trademark infringement. They also claimed that the tribute band have misled fans. Find out how here.