Home Music Andy Summers Speaks About The Most Money He Made From A Police... 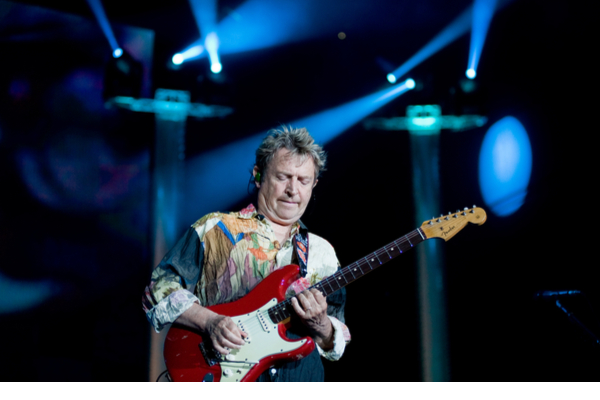 Recently, Andy Summers has spoken about which Police gig landed him the most money.

Speaking to the Telegraph, Summers revealed that the 2007 Reunion Tour was his most lucrative set of performances.

“The 2007 Reunion Tour was a giant pay-off for all of us and quite incredible: the most money I’ve ever made”, he revealed. “We sold out every stadium in the world”.

He continued, “And I hate to say it – well no, I don’t hate to say it – I think I was the highest-paid guitarist in the world during that Reunion Tour. I got about $1m a night, and we did 150 nights. Someone’s got to do the job”.

On top of this, Summers also mentioned to the publication that Police iconic track Every Breath You Take earned him “several zeros” added to his earnings.

“It’s the song that’s had the most plays in American radio history”, he said. “As for how much we’ve made from it, I think there’d be several zeros there, and it’s still going on. It never ends. There’s only about five bands that have done this: us; The Beatles; The Rolling Stones; maybe The Who, not certain; maybe Pink Floyd”.

Earlier in this interview, Summers also spoke about his most preacious and treasured posession. This possession is unsurprisingly a guitar, a 1963 Fender Telecaster to be exact.

On the guitar, Summers said, “My Fender Telecaster I went into The Police with. The guitar became iconic and was absolutely my guitar that was identified with me, a kind of hybrid ­Telecaster I bought off a kid in LA for 200 bucks”.

When asked what would it take for him to part with the Telecaster, Summers added, “It would be $1m if anyone wants to buy it. But to sell it would be like giving away your soul”.

Summers’ lucrative financial well being is a stark contrast from when he was truggling to make ends meet as a college student when he first purchased the guitar.

As a student and before he joined Sting and Stewart Copeland to form the Police, Summers was in LA making $40 a month.

“I was dodging about between different places in Los Angeles because I couldn’t pay the rent. And I thought “what am I doing here?”, Summers said.

“I wasn’t hanging out smoking dope and p‑‑‑ing about. I was working hard, trying to get a degree and playing classical guitar 10 hours a day. And when that period came to an end I still didn’t have any money, so I woke up, came back to the UK and before long I was in The Police”.

Speaking of the Police, Summer’s bandmate Sting revealed that he regrets reuniting the band for that 2007 Reunion Tour.

Pearl Jam Honour The Queen With Special Cover Of ‘Her Majesty’