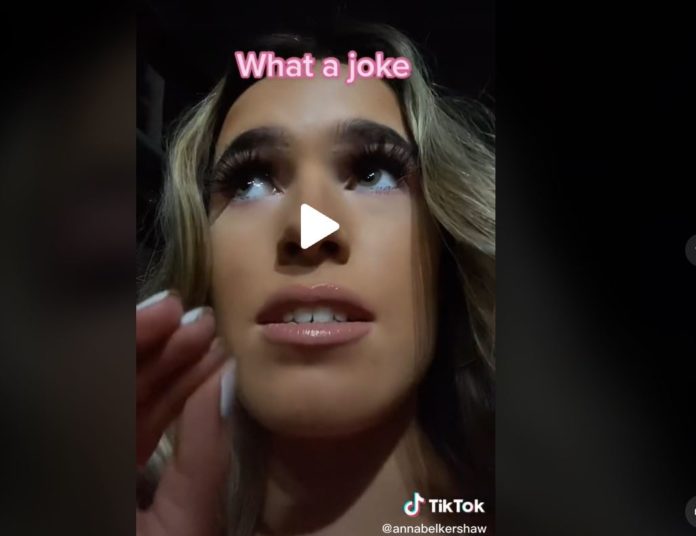 A woman has taken to TikTok to vent her anger over being turned away from a nightclub over her “shoe choice”.

She also added the caption “Don’t Go To History Nightclub”.

She also added, “My mates are all wearing flats and they won’t let any of us in”.

The woman whose TikTok name is @annabelkerkshaw, also added a clip showing the shoes the men wore.

Following this post, most people commenting under the video felt that the “no flats” rule for nightclubs quite unfair.

Some users actually felt that there was not much wrong with thus rule when it comes to nightclub footwear.

One person wrote, “It’s a nightclub? That’s dress code for most nightclubs (to be honest.)” Another wrote “I work in a club and a Saturday night is more a dressy night anyway, I understand trainers is comfortable but it’s more of a look for the club”.

Meanwhile back in Ireland, the first pilot nightclub event will take place in Ireland next week, this was confirmed by minister Catherine Martin.

Nightclubs could soon find themselves open until 6am. More on this here.

19-Year-Old Woman Shot In The Leg In Ballymun