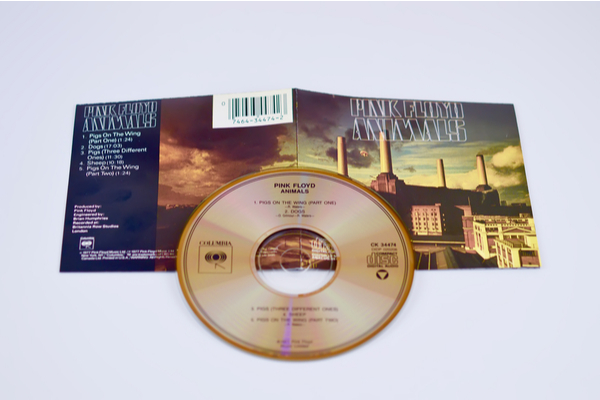 Pink Floyd’s album, Animals has received the all-star cover treatment with major musicians participating on the remake of the ambitious 1977 concept album. Following the wildly successful Still Wish You Were Here, another group of classic, prog and art rock superstars have come together to recreate and reimagine the Pink Floyd classic.

Animals is widely regarded by fans as one of the band’s most highly conceptual and uncompromising albums of their career. A mesmeric fusion between the genius of guitar weeper, David Gilmour and Roger Waters’ stone-cold cynical lyrics, the album is beloved by many. This was to be the blueprint for the commercial breakthrough which came two years later with 1979’s The Wall.

Animals is now being taken on by some of the most veteran players and singers on the planet. According to reports, jazz-rock guitar legend Al Di Meola, psych-rock godfather Arthur Brown, drum master Billy Cobham, UFO’s Vinnie Moore, Bauhaus’s David J, Dream Theater’s James LaBrie, and so many more, will perform on the remake.

Each artist will give their own unique ‘prima materia’ to this magnum opus as each track of this ground-breaking masterpiece has been completely reimagined. Although it will stay true to the original album’s heady and subtly complex compositions, there will be added modern production flourishes and tasteful musical additions.

The new album, Animals Reimagined – A Tribute To Pink Floyd is set to release on November 19th, both on CD and digital – with a vinyl version coming next year. A 6-panel deluxe digipak will accompany the CD version, with artwork created by Mike “Beeple” Winkelmann. James McCarthy takes the role of cover art designer, with an NFT charity auction of the front cover image later this year.

The remake of Dogs is set to feature a superb 17-minute suite, with Rainbow’s Graham Bonnet on vocals, Vinnie Moore playing guitar, Kasim Sulton on bass, Jordan Rudess on keyboards, and Pat Mastelotto on drums. Check out the video below.

Meanwhile, thanks to the creative minds of a YouTuber named revbleech, every Pink Floyd album has indeed been “explained” by the Simpsons in a simple video uploaded by this YouTuber. Read more here.