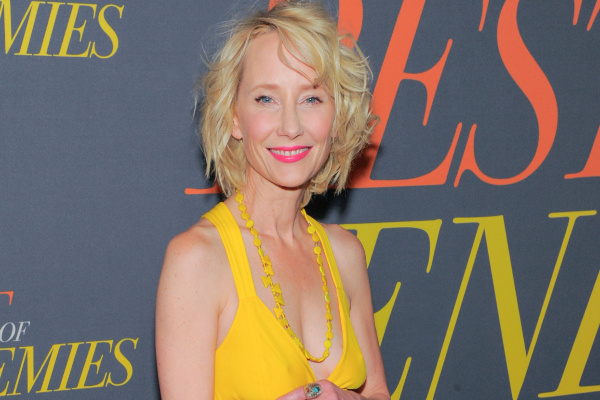 Anne Heche is “not expected to survive” a car crash that has left her in a coma, according to her family.

Heche was involved in a car crash in LA’s Mar Vista area last week. She suffered a “severe anoxic brain injury”, and remains in a coma.

She was rushed to West Hills Hospital in LA, where she was taken to the Burn Centre. LA’s Fire Department have stated that the crash resulted in “structural compromise and… heavy fire”.

Family Says “Not expected to survive”

Following this, Anne Heche’s family released this statement, where they revealed that she is “not expected to survive”.

“Unfortunately, due to her accident, Anne Heche suffered a severe anoxic brain injury and remains in a coma, in critical condition. She is not expected to survive,” the statement read.

“It has long been her choice to donate her organs and she is being kept on life support to determine if any are viable, they continued.

They also added, “Anne had a huge heart and touched everyone she met with her generous spirit”.

“More than her extraordinary talent, she saw spreading kindness and joy as her life’s work – especially moving the needle for acceptance of who you love”.

“She will be remembered for her courageous honesty and dearly missed for her light”.

Ane Heche is a former partner of US TV host Ellen DeGeneres. The couple began dating in 1997, before splitting up in 2000. The actress is also renowned for roles in Donnie Brasco starring Johnny Depp, Cedar Rapids, along with the 1998 remake Psycho.