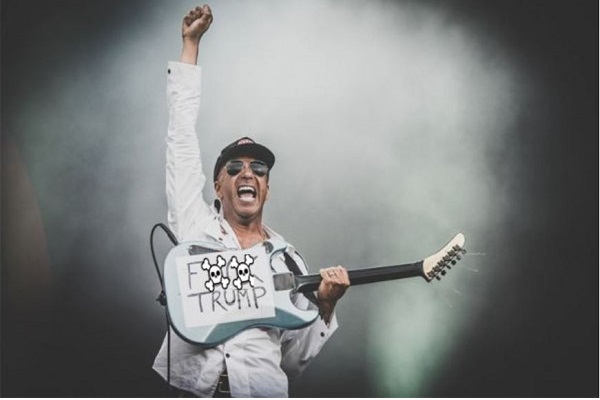 Rage Against The Machine have cancelled their upcoming UK and European Tour, after frontman Zack De La Rocha was forced to pull out on medical grounds.

The band’s frontman injured his leg at a show in Chicago last month. He sustained the injury four songs into the gig, while performing the track ‘Bullet In The Head’.

For the rest of the show, De La Rocha performed either hobbling or leaning against the onstage monitor.

“I can crawl across this stage. We’re gonna play for you all tonight”.

However since then, Rage Against The Machine have now confirmed that their upcoming UK and European Tour has been cancelled, following “medical guidance”. This also included a headline slot at Reading & Leeds next month.

“It is with great disappoint that we announce this cancellation”, the band said in a statement.

“Zack must return home for rest and rehabilitation [following the New York shows]. The flights, travel time and rigorous schedule in the UK and Europe are simply too much of a risk for a complete recovery”.

“We are sorry to all of our fans who have waited years to see us, and hope to Rage again soon”.

The tour dates affected are as follows.

At another show last month, Rage Against The Machine performed track ‘No Shelter’ for the first time in 15 years. More on this story here.