Home Music Aretha Franklin ‘The Queen Of Soul’ Has Died 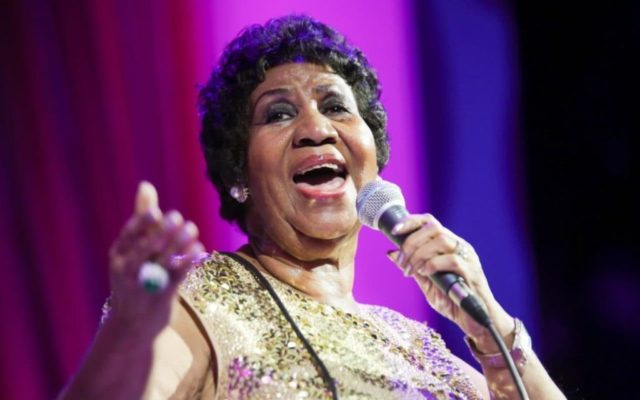 Aretha Franklin also known as the “queen of soul” has died in Detroit at the age of 76. Franklin became the first woman ever inducted into the Rock and Roll Hall of Fame.

The iconic soul singer was diagnosed with cancer back in 2010 and made the announcement last year that she was going to retire from music. Aretha Franklin had more than 20 US number ones over a career that lasted seven decades.

She was known for such hits as Respect and Think. She gave her final performance only last November at a gala in New York held in aid of the Elton John Aids Foundation.

Franklin was easily one of the greatest female singers of the modern music era. She was born in Memphis, Tennessee. in 1942. Aretha was the daughter of the famous pastor and civil rights activist C. L. Franklin. When Aretha was only just 2 years old the family moved from Memphis for New Bethel Baptist Church in Detroit, where she would flourish as a Motor City music legend.

Aretha’s father was a captivating voice at the pulpit of his church. It was therefore apt that he had a young daughter with an amazing singing voice. By age 15, the record labels were knocking on the door.

Hailing from Detroit, many believe that Franklin was part of the Motown story. However, she never signed with Motown but went on to join Columbia records that wanted to push the singer in a jazzy direction. Atlantic Records saw a different path though, wanting Aretha to put her gospel training to work and let her rich soul voice shine. The result was an electrifying singing career.

Producer Jerry Wexler came on board and Aretha began to dominate the charts with songs like “Chain of Fools,” “I Never Loved A Man,” “Natural Woman.” It was the reworking of the Otis Redding track “Respect” that became an American anthem and ensured Franklin as a household name.

Franklin endured the odd lull in her career but her iconic status never really faded and her comebacks always landed. Whether it was an appearance in a “Blues Brothers” movie, or the success at Arista Records with the 1985 album “Who’s Zoomin’ Who?” which delivered the hit, “Freeway of Love.”

Franklin became official music royalty in 1987 as the first female artist ever to be inducted into the Rock and Roll Hall of Fame.

Without resting on those auspicious laurels she continued to surprise. In 1998 at the Grammy Awards, the great tenor Luciano Pavarotti had to cancel last minute due to illness. With about less than an hour to prepare, Aretha stepped in and brought the house down with “Nessun Dorma,” the song Pavarotti was meant to sing.

By 2005, she accepted the Presidential Medal of Freedom from President George W. Bush, an emotional ceremony that confirmed her as a national treasure.

More than 40 years later after her first foray up the charts, it was Aretha Franklin who would sing at the inauguration of America’s first black president. An enduring career for such an amazing woman and performer as The Queen of Soul, RIP Aretha.