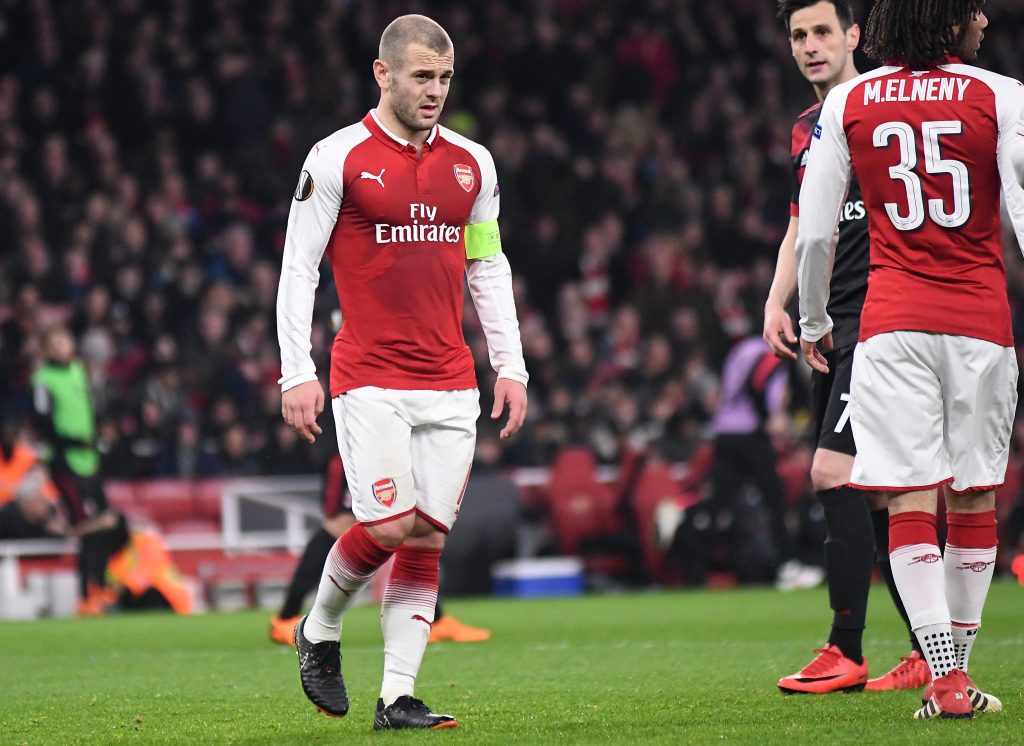 They blew a chance to take control of their Europa League semi-final with 10-man Atletico Madrid – drawing the first leg 1-1, having missed several good opportunities to score.

Fans packed out the Emirates Stadium – after several games with plenty of empty seats:

One fan was was very happy with the turnout:

“They were fantastic, I think they really feel how we feel with the boss we really want to give him the send off that he deserves and think that really helped us especially in the first half at the start of the game when he walked out that really pushed us on.”