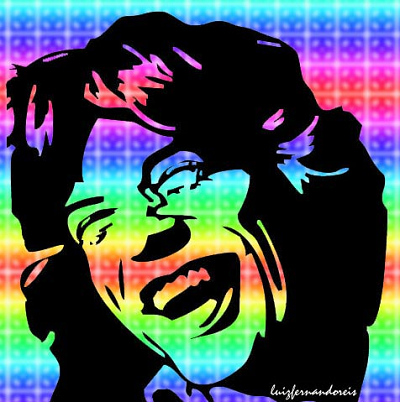 The streets of Scotland are filled with the Clash song ‘Should I Stay Or Should I Go?’ the likes of Geldof, Bowie and Jagger have all weighed in.

Both sides have relentlessly been campaigning for support over the last few months and some musicians have been offering their opinions on the topic.

We’ve heard from almost every side how staying or leaving will affect Scotland. Big businesses are threatening to leave, sports stars claim they’ll happily represent an independent Scotland but the music industry is conflicted when it comes to the referendum.

Before we find out if it is ‘Yes’ or ‘No’, here are the thoughts of some musicians on the divisive topic.

He continued, “I’d just like to tell everybody in Scotland we’re all f**king fed up with Westminster and it’s even more frustrating for us because we don’t even get to do the argument that you’ve begun. This argument needs to be had among us all, you can’t selfishly resolve it amongst yourselves by taking an easy opt-out clause.”

Speaking at the ‘Vote Yes’ gig in Edinburgh, Franz Ferdinand’s singer Alex Kaprons said: “It feels incredible to be standing here on the edge if this stage tonight on the edge of history. I’m not the kind of guy that’s used to making any sort of speech. I’m a man of few words, tonight I’m a man of one word and that word is ‘Yes’.

David Bowie kept it short a simple, he says ‘No’: “Scotland, stay with us.”

Alan McGee, former manager of Oasis/The Libertines says vote ‘Yes’: “Scotland should have more powers. It should be much more like Ireland and a celtic haven for artists.

Annie Lennox is ‘Undecided’: “From my perspective, I think the issue is complexand there is certainly a strong element of risk. Personally, I’m neither a gambler nor soothsayer and my view doesn’t count in any case.” (writing on her official Facebook page)

Stuart Murdoch from Belle and Sebastian is ‘Undecided’: “Would we be better off? Frankly, I don’t care. I hate that question. You might be down or up a few quid at the end of the year, but is that worth getting passionate about?

The likes of Mick Jagger, Sting, Helena Bonham Carter, Steve Coogan and J.K. Rowling have also urged Scots to vote ‘No’ in the independence referendum.

The Riptide Movement Among Acts To Join The Coronas And Manic...