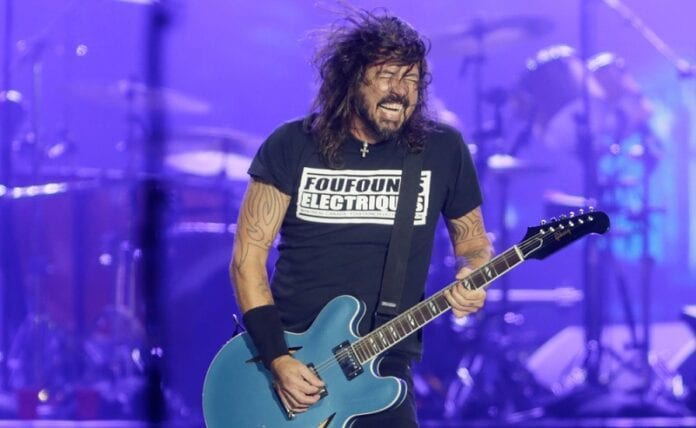 The interview is apart of BBC’s series entitled ‘Reel Stories’ and Dermot O’Leary will conduct the interview.

The show will see Grohl discuss his successful career, from his time as Nirvana’s drummer through to his years as Foo Fighters frontman.

Some of the footage featured in the new interview will include his first TV performance with Nirvana.

It was also revealed that BBC Two will air Foo Fighters’ headline show from Reading 2019 after the interview.

“When I do look back on (these clips) it’s a really emotional experience. Over the years we’ve had serious ups and downs. We’ve been through deaths and divorces, we’ve been through Wembley Stadium and playing at the White House.”

“We’ve had a lot of incredible experiences but I would never wish any of it away – well, maybe some of it! – because I just love to do it.”

“Dave is one of the funniest, smartest and kindest people in the music industry, and his story of being in two of the world’s greatest bands is fascinating. We had a great chat!”

The Dave Grohl interview will air on Saturday, March 27, followed by their Reading 2019 concert.

However, if you can’t wait till then, make sure you tune into Radio Nova tonight at 6 pm for the latest episode of ‘Foo Fighters Radio’.

If you can’t tune in tonight, don’t worry, as the show is repeated on Sunday nights at 9 pm.

For more information on ‘Foo Fighters Radio’, check out our announcement here.

In other Foo Fighters news, the band recently covered Andy Gibb’s ‘Shadow Dancing’ and the Bee Gees hit ‘You Should Be Dancing’, click here to check out the performances.