Home Music The Beach Boys Are Coming To Ireland This Summer 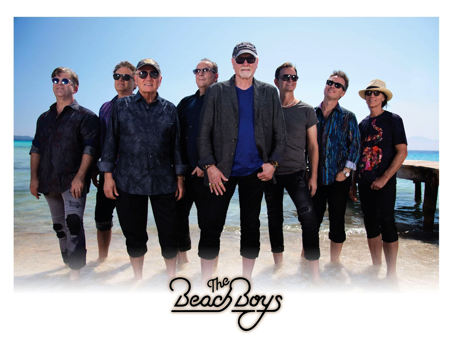 The Beach Boys have just announced that they will be playing two gigs in Dublin and Belfast this June at the Bord Gais Energy Theatre, Dublin on June 17th and The Waterfront Hall, Belfast on June 18th.

The band is led by Bruce Johnston and Mike Love who continue the legacy of the famous American band with Jeffrey Foskett, Brian Eichenburger, Tim Bonhomme, John Cowsill and Scott Totten. Johnston joined the band in 1965, replacing Glenn Campbell who had filled-in for Brian Wilson when he retired from touring.

The Beach Boys play a huge amount of gigs every year, averaging 150 shows a year, from Summer Festivals to New Year’s celebrations and more.

The band most recently celebrated the 50th anniversary of their big hit ‘Good Vibrations’ with a ’50 Years of Good Vibrations‘ tour. Mike Love also released his highly-anticipated memoir titled ‘GOOD VIBRATIONS: My Life as a Beach Boy’, in September 2016.

Tickets for the gigs go on sale tomorrow at 9am! You can get yours here.

The Waterfront Hall, Belfast on June 18th –  from £39.50 including booking fee